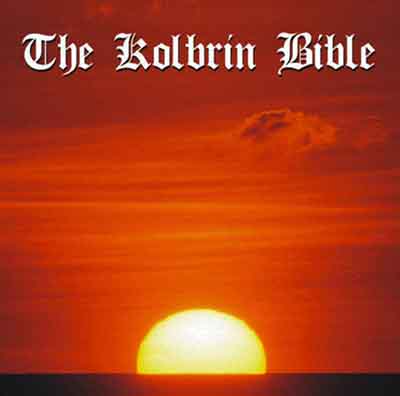 Several accounts describe an object in orbit around our sun sun called the “Destroyer,” which the Celtic authors call the “Frightener.” According to recently translated Sumerian texts, this object (also known as Nibiru or Planet X) is in a 3600-year orbit around our sun, andThe Kolbrin Bible warns us of its imminent return and of yet another Biblical tribulation.

Ancient Warnings for These Times

Millennia ago, Egyptian and Celtic authors recorded prophetic warnings for the future and their harbinger signs are now converging on these times. These predications are contained in The Kolbrin Bible, a secular wisdom text studied in the days of Jesus and lovingly preserved by generations of Celtic mystics in Great Britain.

Nearly as big as the King James Bible, this 3600-year old text warns of an imminent, Armageddon-like conflict with radical Islam, but this is not the greatest threat

The authors of The Kolbrin Bible predict an end to life as we know it, by a celestial event. It will be the return of a massive space object, in a long elliptical orbit around our sun. Known to the Egyptians and Hebrews as the “Destroyer,” the Celts later called it the “Frightener.”

The Destroyer is also known today as Wormwood, Nibiru, Planet X and Nemesis. There are also troubling prophetic correlations to the future predictions of Mother Shipton’s “Fiery Dragon” and the “Red Comet” warning of Astronomer Carlos Ferrada.