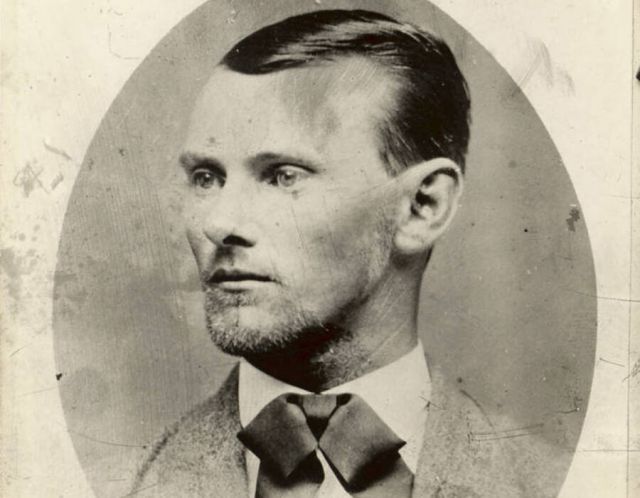 The Duke family has dedicated their lives documenting James’ life and actual death. Daniel J. Duke in his first monograph Jesse James and the Lost Templar Treasure amazed readers with his impressive research and analysis, delving deep through Freemason and Templar history to find those tiny connecting ties that bind James to a deeper, more enriched history than just that of an American outlaw. He and his sister Teresa F. Duke have teamed up to create The Mysterious Life and Faked Death of Jesse James.

As the title suggests, the Duke duo provide nearly irrefutable corroboration of James’ faked death through family records, forensic evidence, and personal journals. James may need to be added to the illustrious list of death hoaxes, the likes of which include the famous woman pirate Jacquotte Delahaye, Alexander I Tsar of Russia, the 19th-century, deeply indebted Australian man, William Goodwin Geddes, and the murderous, life insurance collector Belle Gunness, Lady Bluebird.

Daniel Duke grew up in the hill country of central Texas surrounded by a wealth of stories of lost Spanish and outlaw treasures.  After high school, Daniel earned a Bachelor’s Degree in Environmental Science and has worked in jobs ranging from construction to environmental work for an engineering firm in Houston, Texas and later working for Dell Inc, closer to his hometown of Liberty Hill, Texas.
Daniel’s childhood in the Texas countryside along with his education and professional background intertwined well with his passions which have guided him for over two decades in researching the mysteries involving his family.  Chief among these mysteries are those which surround his great, great grandfather; the noted Old West outlaw, Jesse Woodson James, as well as the legends and mysteries of hidden treasures which Jesse and those associated with him are said to have buried.  Daniels hobbies include hiking, writing, genealogy, history, beekeeping, treasure hunting, researching symbols and codes, healthy cooking and good coffee.