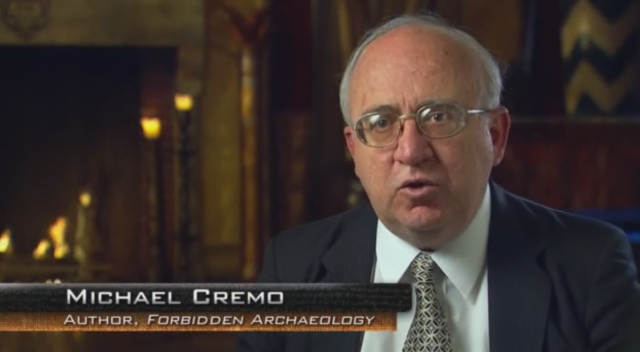 COAST TO COAST AM INSIDER Archived Show – Author Michael Cremo returned to the show to discuss both his archaeological research and his thesis that mankind has devolved from a higher state of pure consciousness. Humans are multidimensional and made up of three elements, he said– ordinary matter, subtle mind, and consciousness.

There is evidence that the latter two are real elements from both scientific studies and ancient texts, he said. In fact, he detailed how Nobel Prize winning physicists Pierre and Marie Curie conducted research that clearly showed evidence for mental powers such as psychokinesis.

Like humans, the cosmos itself is a multilevel environment, which in addition to the physical matter dimension, contains subtle energy planes inhabited by angels and astral beings, he shared. Humans devolved from such realms by “covering” themselves in matter, he argued. Further, ancient Sanskrit and other texts indicate that humankind is far older than the traditional scientific community acknowledges.

In his Forbidden Archaeology research, Cremo studied hematite balls with grooves on them, which he said metallurgists can’t explain how they could have formed naturally. They were found in a mine in South Africa in mineral deposits that are over two billion years old, he added. He also discussed a human skeleton discovered in Savona, Italy in a rock formation that dates back four million years. For more, view a page of images that Michael sent us as part of his presentation.