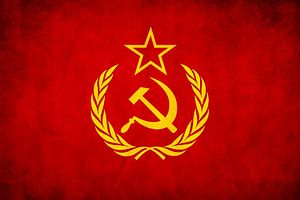 COAST TO COAST AM INSIDER Archived Show – Author and UFO researcher Philip Mantle shared his investigations into Soviet-era UFO phenomena. The massive Tunguska blast of 1908 may have been caused by the collision of some type of constructed craft, as the object seemed to change course before exploding, he reported.

The light was so intense from the explosion that it actually turned night into day in a photograph taken in Leeds, England at the time, he added. The KGB conducted a large scale study of UFOs and determined there were craft flying in our skies that were not of manmade origin. One incident in the Kola Peninsula, in particular, sent Soviet military brass into a panic, said Mantle. A UFO was observed at close quarters affecting their communications systems.

More recent accounts include the 1987 Voronezh sighting, where witnesses described UFO occupants and TASS, the official Soviet news agency, sent out a press release about it. There have also been UFOs seen over Chernobyl and the battlefields of Chechnya, and even the cosmonauts aboard the Mir space station reported seeing an unknown craft shadowing them, he noted.