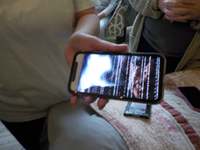 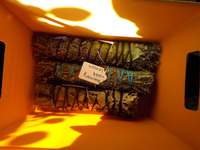 THE ACTIVITY:
According to the occupant of the house, there has been all kinds of activity. On one night, Jill heard an entity whispering her name while she laid in bed. This frightened her to no end. Then things started to get out of hand. The entity took a box and placed it on her stove. The entity turned on the stove and the box caught partially on fire. Jill and her mom discovered the box burning and got there in time to put the fire out. On another night, a Virgin Mary statue was thrown across the living room floor. The Virgin Mary toss across the floor was the last straw for Jill. Jill immediately called the HPI paranormal hotline and asked if my team could come down as soon as possible. Jill and her children and her mother were scared that things could escalate and get worse.
ABOUT MACERO:
El Macero is an unincorporated community just outside the city limits of Davis, California.
THE INVESTIGATION
During the investigation, we captured 3 EVPs. All three of the EVPs there is a male voice. On two EVPs there is a similar male voice and the 3rd EVP which I call a Class A EVP is a different male voice. The two EVPs that had a similar voice, one EVP was unintelligible and the other EVP says “hello”. The Class A EVP is a different male voice from the other two EVPs and it says: “Can you leave?” Michelle Mesa, a sensitive picked up on 2 male entities, one was an older male and the other one was a disheveled younger male. Both male entities used the “f” word. They were basically saying to “f” off when I was trying to get them to talk through my digital recorder. Matt was busy user his laser grid lights and at some point of time, a shadow was seen going quickly across the laser grid. Matt did a nice sweep of the house with his EMF Reader and received spikes at certain locations of the house. The EVPs we captured occurred in the bedrooms. Jill’s bedroom and her mother’s bedroom, those were the hot spots. Michelle asked for the orbs that she was seeing to gravitate to my hand that was placed on the wall. The orbs were detected on her smart phone and were circling around my hand. I also used night vision goggles and saw some orbs hovering about and I asked the entity to go towards my hand, while I was in the garage. The orb went towards my hand, showing intelligent movement and this is something I can deem as paranormal.
Haunted House in El Macero

THE CLEANSING:
My team felt we captured enough evidence, so I started with the Roman Catholic house blessing with Jill. After the cleansing, things felt lighter. Michelle Mesa asked me to say a prayer over her and Matt, in which I did. Michelle wanted to make sure that nothing was going to follow her home. This was Matt and Michelle’s first time with HPI and they did an outstanding job. I am honored to have them on my team, they are fast learners. Matt and Michelle are “Johnny on the spot” with their investigative skills.