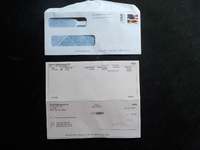 BELOW IS A BLAST FROM THE PAST:
It seems like now more than ever, people are drawn into ghost hunting groups. I have always had an interest in the paranormal and before I knew it, I was a full-fledged member of H.P.I. (Haunted and Paranormal Investigations) of Northern California. I joined this group, to record their investigations through my writings and to seek out the truth in regard to the afterlife. Is there really an afterlife? The belief in the afterlife has been around since the dawn of man. According to Tibetan Buddhism, the spirit of the departed goes through a process lasting forty-nine days, that is divided up into three stages called ‘bardos’. When the bardo transition is completed, the person either enters nirvana or returns to earth for rebirth or reincarnation. All throughout the world and in all religions, there is some kind of belief in the afterlife. Cultures and people continents away believe in the afterlife? Why is this so? Why must we believe in the afterlife? With the Tibetan Buddhism religion, it is imperative that the dying person remain conscience as long as possible, because the thoughts one has while passing over into death, heavily influence the nature of the after-death experience and if they do not achieve nirvana, it will influence their next incarnation.

Let’s hop a half a world away to the American Indian. The realm of the dead for the American Indian can be anything similar to their present day world. Many traditional Plains Indian societies imagine the afterlife as a rolling prairie, successfully hunting bison, living in tipis, feasting and dancing. Other Native American Indian societies sort of see the afterlife as a pale, gloomy realm. The Eskimos on the other hand have the primary concept that reincarnation occurs right after death. The aboriginal peoples of America are influenced with shamanism who have a great influence on their beliefs in life-after-death. These shamans at times guide souls of the dead to their home in the afterlife. At times the Shaman is the mediator between the living and the dead. Shamans believe in various type of spirits from animal spirits to forces of nature to spirits of the their own kind.

Now let’s hop on down to Mexico. The Day of the Dead. What’s the big fuss about? The original celebration can be traced to many Mesoamerican native traditions, such as the festivities held during the Aztec month of Miccailhuitontli, ritually presided by the “Lady of the Dead” (Mictecacihuatl), and dedicated to children and the dead. In the Aztec calendar, this ritual fell roughly at the end of the Gregorian month of July and the beginning of August, but in the postconquest era it was moved by Spanish priests so that it coincided with the Christian holiday of All Hallows Eve (in Spanish: “Día de Todos Santos.”) This was a vain effort to transform the observance from something profane to a Christian celebration. The result is that Mexicans now celebrate the day of the dead during the first two days of November, rather than at the beginning of summer. Day of the Dead is characterized by the traditional Mexican blend of ancient aboriginal and introduced Christian features.
The holiday’s activities consist of families welcoming their dead back into their homes and visiting the graves of their close kin. 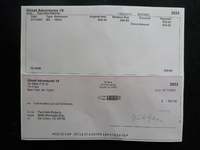 There…I gave you three examples of people and cultures that believe in the afterlife and I am not going to delve into other cultures or this article will turn into a book. But, I will point out three other cultures who had a deep rooted belief in the afterlife. The Chinese, who believed that humans possessed two souls the Po and the Hun. Then there is the Japanese worship of Kami, which is the worshipping of gods, nature spirits and spiritual presences. Of course, how can I forget the Egyptians who believed that eternal life can be obtained through mummification.

Now I must ponder, how can all of these people and all of these cultures believe so strongly about the afterlife? Because we have a sense to preserve. If nothing is preserved, our history becomes obsolete, then what is the purpose of waking up in the morning and going to work? Why should we accomplish anything, because all will be forgotten and disappear into the abyss of nothingness.

We must feel like we have a purpose, we must have a sense of accomplishment and we must feel like we will be remembered for all time, for all infinity. We seek immortality. That immortality is through our spiritual essence. We know that energy cannot be destroyed, only altered. If the aura, the energy that surrounds our living bodies continues to exist, it will preserve what we are, who we are.

As I joined this ghost hunting group to seek out answers to the afterlife, you may ask…do I believe? My answer is that I am almost there, but I still want to see more proof. The proof that I have seen, some can be explained away. For example, the digital photographs of orbs. This can easily be explained as dust orbs. But, once in a West Sacramento residential haunting investigation, these dust orbs seemed to have intelligence. I asked the entity to have an orb move across my chest twice for a yes and once for a no. Looking at the TV monitor, I would ask a question and actually see an orb move across my chest either 2 times or once as if answering me.

Another investigation that took place in a Folsom cemetery, I asked through the audio digital recorder if there was anyone in my car and the answer, when played back was a distinct male voice that said “yes”. Of course, I have heard other EVPs and I simply can’t explain where these voices are coming from. At the same Folsom cemetery I asked the entity to touch me and in 5 seconds, I was bleeding from my knee and then a bruise appeared in the form of a thumb. I can explain this away as a spider bite, but how coincidental that a spider would bite me within 5 seconds after I asked to be touched.

I will continue to hunt ghosts, but I hope one day, I will see something with my naked eyes. There has got to be some truth to the afterlife. Why would so many people throughout the world believe in the afterlife? What brought these people from all walks of life to believe that we will materialize in a spiritual form after death? Why does our own bible tell us that we will live again after death, that we will be resurrected.

What we don’t know is considered paranormal, what we know is considered science. The afterlife is something we don’t understand, we have a hard time comprehending and therefore, it’s simply pseudoscience or we can call it the paranormal. Perhaps while we are living, it’s not meant for us to know, maybe we can only find the answers after we die. 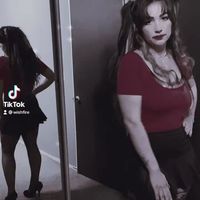 Mankind has reached the 21st Century and we are more paranoid than ever. After 9/11 we were in tears, we were fearful of terrorist attacks, we were afraid of our own mortality. We turn on CNN News and hear about gang violence, young soldiers losing their lives in Iraq, tsunamis taking lives, hurricanes wracking devastation, SARS, AIDS, Bird flu, global warming. We are more scared than ever before. We think of the apocalypse. Some people think of the Mayan prediction of 2012. We think of our families, the preservation of life, the preservation of our history, our culture. We are so paranoid about the survival of mankind, that we embrace the thought of afterlife. More and more people are curious about our survival after death, because it seems that every day we face death. We hear it on the news, we drive down the freeway and see a horrendous car accident. Death is all around us. While death embraces mankind we seek out the light, we seek out immortality. It’s a simple answer….”we want to live!” So, perhaps that is why there are so many ghost hunting groups cropping up all over the world. There are people from all walks of life, seeking the answer in regard to our immortal soul. Will we be remembered or will we be forgotten? I do believe we will be remembered, energy is a powerful force in the universe and the whole universe is ‘energized’. Of course, that is my own opinion.
At times I almost feel like John Cusack in the movie 1408. He is a disbeliever of the afterlife and gravitates towards a very haunted hotel room, Room 1408 and at some point of time, Samuel L. Jackson says to him…”I told you not to go into Room 1408″. Now, if I can find my own Room 1408….maybe someday that day will come.

THE W STREET ON RAMP HITCHHIKER:
When I lived at W Street and 15th Street in the 70s, I constantly heard about a small female ghost that would be hitchhiking on the on ramp off W Street/15th Street. The woman hitchhiking ghost has black hair. You would see her and then she would simply vanish. It is rumored that there was a woman that hitchhiked on the on ramp and she was picked up by a deranged man and murdered. I got a witness report, as seen below:
Dean Amant says:
I have seen that woman. I lived on W and 15th street in that apartment complex for 15 years . Only saw her one time. She is short with dark hair. There was two other women murdered on W street. One on W & 14th street was shot in her car. The other one was on w & 10th, her body was dumped on the grass next to the freeway .