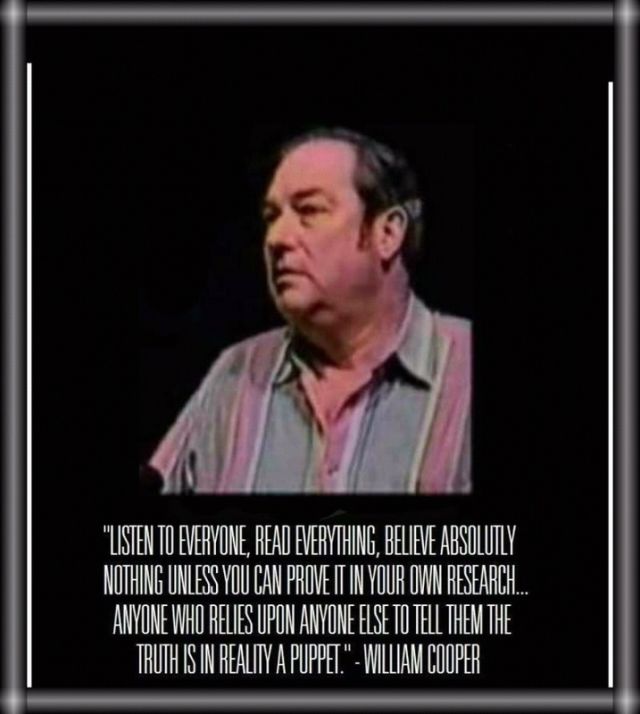 This film was derived from VHS. I it starts grainy but it gets better. Please take the time to watch the film in its entirety. William Cooper reveals how the group called “MJ-12” was established. This group was born out of the Roswell UFO crash when the government wanted to put a tight lid on the information concerning UFO’s. It was a well funded group which controlled the information, the investigations, and the media mis-information of UFO’s. Keep in mind this man was assassinated for telling people this information. More videos you may like:

He made a lot of predictions, some came true, some yet to be seen, but one cost him everything. “Milton William “Bill” Cooper (May 6, 1943 – November 5, 2001) was an American conspiracy theorist, radio broadcaster, and author known for his 1991 book Behold a Pale Horse, in which he warned of multiple global conspiracies, some involving extraterrestrial life.

Cooper also described HIV/AIDS as a man-made disease used to target blacks, Hispanics, and homosexuals, and that a cure was made before it was implemented. He has been described as a “militia theoretician”.”