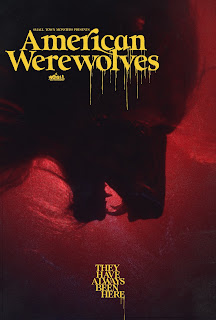 Last night, my husband and I decided to have a lil’ impromptu home movie night. Being as we’re cheap, we popped some popcorn, snuggled into bed, and brought up the Tubi app on my tablet to see what was available. Our original plan was to find a pretty bad B-level sci-fi horror to riff on ( awhile back we watched a horribly hilarious movie called Christmas Twisters, but the title card was misspelled as Christams Twisters and we still laugh about it to this day). But, Tubi has really stepped up its level of programming, especially when it comes to paranormal documentaries, and is even carrying quite a few of the Small Town Monsters selections!

As a native West Virginian, I’ve been following Seth Breedlove and the rest of the STMs crew almost since the beginning. I’ve loved their work on films featuring West Virginia favorites like the Flatwoods Monster and the Mothman…and I’ve (almost) forgiven them for leaving me out of the UFO feature—I swear, it felt like I was the only WV researcher NOT interviewed for that one, and I’ve actually seen quite a few UFOs in addition to my documentation of old UFO cases. Anyway, I digress. I try to keep up with all the new releases, and when I contributed to the 2022 Kickstarter, American Werewolves was one of the projects I was most looking forward to.

Each STM movie is its own documentary. I’ve enjoyed seeing the the filmmakers’ style evolve with each new production, but not just evolve. Each movie really is unique in the way it is shot and laid out. American Werewolves is a rather dark, atmospheric documentary that relies almost entirely on eyewitness accounts. There’s a little folklore and history thrown in for context, but for the most part American Werewolves is a collection of stories told by the people who lived them. And these stories are absolutely terrifying.

When I think of an American werewolf, my thoughts go straight to the rougarou of the southern states. That’s not really the focus of this documentary, however. Rather, the focus is on what cryptozoologists generally have come to call dogmen, a phenomenon largely associated in the case known famously as the Beast of Bray Road (Wisconsin). The dogmen of American Werewolves, however, are tales mostly from Ohio and Kentucky, especially in the area of The Land Between the Lakes. I kind of wish that the distinction between a dogman and a werewolf was explained a little more thoroughly, but to some, there really is no distinction, as we have no idea exactly what these ‘dogmen’ are. It’s interesting to note, however, that many of the witnesses who told their stories, despite describing flesh and blood bipedal creatures with a canine head and ears, swore that they felt there was some sort of supernatural element to these beings. They weren’t just animals; they were truly monsters beyond our current realm of understanding.

I don’t want to give away too much of the actual stories because I really think you need to watch this film. But, I’m pleased that they mentioned a few things that research has seemed to link with these sightings, such as encounters being reported near Adena burial mounds and near sources of water. With all the Adena burial mounds that were (and the many that still are standing) in West Virginia, I’m really surprised that we don’t have a ton more reports of dogmen. However, that may be a good thing, as another common thread in many of the stories shared in American Werewolves was a theme of violence. At best, the encounter left the witness with a feeling of fear and dread. At worst, people were presumed to be massacred.

Overall, I’d definitely recommend giving this film a watch. It’s a little under an hour and a half long, and is available on a variety of streaming platforms. Even a die hard skeptic who might not necessarily give much credence to eyewitness testimony alone, can still enjoy these tales for simply just being well told spooky campfire stories—in some cases, literally. American Werewolves is an interesting look at a cryptid that doesn’t seem to get as much attention as some of the others in this field, but if there is any truth at all to these claims, it’s definitely a phenomenon that warrants all the attention we can give it. It might just save someone from becoming the next victim of the dogman.