One of the things I love almost as much as the paranormal is learning about local history. As a native West Virginian, I’m fascinated by my state’s rich and unique background, and the stories of those who have called these hills home over the years. And obviously, whenever, I see an opportunity to experience the SPOOKY and unusual history of the Mountain State, I jump at the chance! Last week I did just that with a guided walking tour of St. Albans! 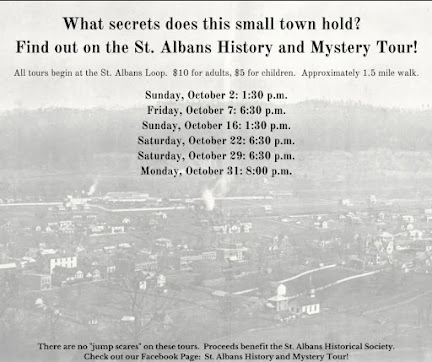