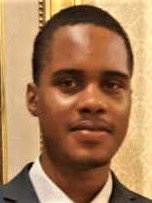 A police officer answering a call yesterday, July 1, confirmed 12 Stamford Policemen had been removed from duty with a question, asking, “How did you hear that?” The citizen who asked if this was true declined to answer. The unanswered questions still demanding answers go back to October 23, 2019 and the still unexplained death in police custody of Steven Barrier, Jr.

As Stamford Connecticut continues in a state of conflicting reports and uncertainty, next door in Norwalk, the NAACP organized a ZOOM town hall for local police chiefs suited to this age of COVID-19. Stamford was not there to answer questions though the Stamford Police Department is the police department in Connecticut most in need of being thoroughly examined.

Yet the person who should be the best informed on the Barrier case was sitting in on the ZOOM event. That is then Stamford/Norwalk State’s attorney Richard Colangelo, who issued the first news release on the death of Steven Barrier the day after Barrier died in police custody, October 24, 2019. Colangelo has access to updates which remain confidential but should be public.

As the group spoke and answered questions what was also ignored was the oath taken by all police at every level, local to national originated in conjunction with America’s Constitution. “I do solemnly swear that I will faithfully discharge the duties of my office and that I will protect and defend the Constitution of the United States from all enemies, both foreign and domestic, so help me God.” The one line is quickly read – it becomes meaningless if those taking it are not familiar with the Constitution and Bill of Rights.

This dichotomy was noted decades ago by a young Richard Mack, then a police officer in Provo Utah, unhappy with the task of issuing traffic tickets. Mack vaguely remember the oath he had taken and signed. Obtaining a copy of this, he read it and realized he knew nothing about the Constitution and Bill of Rights.

Years later, Sheriff Richard Mack wrote in his book, “The Proper Role of Law Enforcement”, “In the oath I gave my word and promise to protect and defend and obey the U. S. Constitution and the Utah Constitution as well. I had never read either and knew virtually nothing about them. Sure, I knew the Miranda Warning by heart and a few other Supreme Court decisions, but I had promised to obey the Constitution! All of it! Was my oath solely contingent upon obeying the courts and my sergeant? What if they asked me to do something contrary to the Constitution? For anyone, especially cops or soldiers, to obey an order he or she knows to be unconstitutional or unlawful would be wrong, immoral and an absolute outrage.

When we raise our right arm and promise to protect and defend the Constitution, does that oath mean only as far as my supervisor or the Supreme Court allows me to? Or does the oath essentially bestow a responsibility on me to know it, study it, cherish it and ultimately defend it even against a well-meaning but misdirected supervisor or judge? I do not pretend to have all the answers, but I do know that the notion that cops should enforce all laws regardless of how abusive, immoral or unconstitutional they are, is dangerous and destructive.”

The book is, Mack said, short enough to be read by a cop sitting down to have a cup of coffee and a doughnut. Mack’s instruction on the Constitution and Bill of Rights was obtained from Cleon Skousen, a former FBI agent and former Chief of Police for Salt Lake City who had served in the FBI with Mack’s own father, also an FBI agent.

Seeing a course offered in the POST, (Peace Officers Standards and Training), taught by Chief Skousen, he signed up only to have his request denied. Not one to take NO for an answer he went up the chain of command to the Chief, who told him “Cleon Skousen is not mainstream law enforcement.” Mack took two vacation days and went to the seminar on his own time.

So, what does it mean to be ‘mainstream law enforcement’, that the police are free to ignore the Constitutional rights of Americans? This is clearly the case in Connecticut.

Note that nothing discussed during the ZOOM conference went to the issue of training police to understand the Constitution and so be able to determine when laws conflict with the rights of Americans, mandated in the Constitution and Bill of Rights but bodycams were pontificated on and approved as a panacea for checking on the actions taken by police. But are they?

One of the issues in Stamford includes the use of bodycams to produce a cover-up video intended to hide how Steven died. On October 23, 2019, with Steven Barrier safely subdued and in custody by 1:52 AM, October 23, the police were moved to create a video using their own bodycams, which you can view, in toto at the near end of PAGE. As you look at the bodycams, you see this staged production began at 5:29 AM.

What was happening between 1:52 AM and 5:29 AM? That would be a long coffee break for coffee and a donut. A lot happened, apparently and we need to know about every second of the time.

Watch the Ring.com video evidence from the security camera located on the porch of the home belonging to Valerie Jaddo, Steven’s mother. Beginning at 11:14 PM Oct. 22, 2019 you see Steven enter the home from his job at Boston Market. This same camera records the visit of Officer Collins at 1:52 AM to inform a woman standing at the door or the home Steven is in custody. “…they got him.”

Now, look at the timestamps available on the videos, including the Official Police video at the link above.

We need answers, meaning a real investigation, which uncovers the facts and makes these available to all of us. It is time to Take It To The People.

Loading...
"Not by might, nor by power, but by my spirit, saith the Lord of hosts." Zechariah 4:6
BEFORE IT'S NEWS ON TELEGRAM
GET THE TELEGRAM APP - https://telegram.org/ JOIN OUR CHANNEL - https://t.me/BeforeitsNews
Read it..
BEFORE IT'S NEWS
SIGN UP FOR OUR NEWSLETTER
Today's Top Stories
X22Report: Welcome To The 15th Round, Knockout Coming, Truth & Facts, Panic In DC! - Must Video
Tsunami Coming! Biden Shocking New Revelations Only The Beginning
Lawsuit Accuses Facebook of Watching Instagram Users Through Phone Cameras
Sarah Westall: Military Coup! What is Planned & Names Behind the Plan - w/ Colonel Black & Harley Schlanger
SGTreport: Passion of the Christ's Actor Jim Caviezel Delivers NWO and Satan A Knock Out Blow
Live Stream! War in Kentucky! Officers Down! Protests Turn Violent Civil War 2.0
500K Taken into Re-Education Labor Camps & Mike Pence Issues Dire Warning to America!
Only 2% of All People Can Hear This Mysterious Sound – and Nobody Knows Why (Video)
Crimes Against Humanity Exposed! Truth Will Be Told! - A Must Video!
Crime Family? Exposing the Criminal Families & Their Puppet Masters - Must Video
Loading...
Featured
Blue Coup! Are They Willing to Destroy Our Republic to Cover-up Their Crimes? - Must Video
X22Report: V Recovery Continues, Economic Foundation Being Built, Watch the Market & Gold! - Great Video
President Trump Holds "Great American Comeback" Rally in Jacksonville, FL - Live Feed Now Video!
Glenn Beck: The MSM Is Lying to You About the Breonna Taylor Story! - Must Video
Deborah Tavares: Our Survival Will Depend on What We Do Today
Steve Quayle Unplugged! War Looms, Fearful Will Run, We Will Fight Via The Hagmann Report
The Year 2020 Has Democrats Melting Down Like Never Before! - Great Video
RichiefromBoston: We Are Under Attack, Act Accordingly!
Taxpayer Funding it All! New Que Drops! The Destruction of America! - Great Video
X22Report: People Are Waking up to Deep State Events! The Deep State World Control Agenda Is Failing! - Must See Claudio Grass Video
Loading...
Top Global
The Seeds Have Been Planted For The Next American Civil War. I Don’t Think Anything Stops It Now.
SGTreport: General Wesley Clark "We're Going to Take-Out 7 Countries in 5 Years"
Wanna bet that Aus’ is a testing ground for what’s coming soon?
WATCH: President Trump Slams China at United Nations: ‘China Must Be Held Accountable’
After Trump Shut Him Up, Vengeful Fauci Made NEW Sinister Plans & He’ll Stop At Nothing To Get It!
RichiefromBoston: A Major Part of Their Plan Was Right In Front Of Our Eyes
Breaking! China Warns What Comes Next In Taiwan!
BioWarfare: Chinese Communists “Intentionally” Unleashed “Frankenstein” COVID-19, Says Wuhan Scientist!
China is Spying on Millions of People & They Aren’t in China!
Massive International Banking Scandal Crushes Bank Stocks, JP Morgan, Deutsche Bank, HSBC Plunge On FinCEN Leak! - Must Video
Loading...
Top Alternative
The Mandela Effect: The Man From the 'Country' That Does Not Exist! Multiverses
Edgar Cayce: Strange Metals, Minerals and Stones... Their Magical Properties Were Noted by Cayce
The Great Conservative Migration & What it Means for the Future
Ghislaine Maxwell's Friends Predict She Will 'Sell Out' Bill Clinton as New Revelations Emerge!! - Must Video
Soros-Funded Coalition Plans to Unleash Election Day Chaos That Could Far Surpass Floyd Protests!
Biden Voters Riot, Commit Arson, Vandalism, And Attempted Murder
American Civil War Looms as Trump Reveals Intention to Ignore Voting Results
Fatally flawed COVID vaccine monkey business.
Only 2% of All People Can Hear This Mysterious Sound – and Nobody Knows Why (Video)
Civil War: The Left’s Revolution Playbook EXPOSED