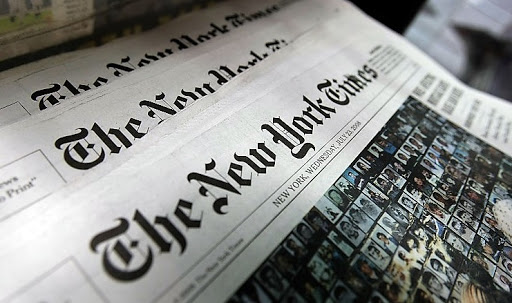 “Power is not only what you have, but what the enemy thinks you have.” -Saul Alinsky

This last week, while eating with my family during one of our last, beautiful days in Minnesota here, I had overheard the television broadcasting a football game.

During this overly loud broadcast, I looked over at the television set to see nothing but a bunch of dummies, “paper set-ups,” in the stands while simultaneously noticing that the crowd size sound was the same, as if to deceive the listeners into believing that there was a full capacity stadium which would be 73,000.

During the broadcast, the commentators made the mistake of telling us, the bystanding listeners, the actual number that was there occupying the seats in that stadium that day.  There were 250 NFL employees that were allowed in the stadium that day, not 73,000, the way that they meant for you to believe.

Why would they lead the viewers and listeners along into believing that there was full capacity in that stadium? Like anything else the mainstream media does, they want you to believe that they have the support, the majority, in all that they promote when the opposite is true in so many different cases (Isaiah 5:20).

One way they do this is that they lead the people through manufactured polls.  You know, 51% to 49%, giving the impression that the nation is divided between the two un-constitutional party systems (Mark 3:25) to constantly attempt to belittle the majority who support the law (Exodus 20) only to lead them to believe that their efforts are minimized or that they all go for nought. This, of course, is in an attempt to wield more control over them, but it only works if the people believe their lies.

Another example of this is that of the illegal homosexual agenda, which American laws condemn these abominable acts.  In American statutes, they are called “crimes against nature.” They want you to believe that everyone is in full support of this abominable lifestyle (Leviticus 18:22; Jude 1:7) when only less than 1.7 percent is in support.

Do the math: 328.2 million people in America and 1.7 percent of that population is in support.

What happens if the people dare oppose the agenda that the mainstream media attempts to push? They attempt to make that 1.7 percent into the majority of the people in this country by belittling the majority.

On May 1, 2004, in Seattle, Washington, 20-25,000 people protested homosexual “marriage,” which is illegal. There were 1,500 homosexual “marriage” supporters holding up signs stating, “Bigots Go Home.”  The media (ABC, CBS and the Associated Press) twisted the truth and told the public that the 1,500 homosexual “marriage” supporters holding up the signs saying, “Bigots Go Home” were the majority and made the 20-25,000 protestors out to be the minority, totally turning the event to be against the “bigots” instead of against those promoting what is unlawful.

Another example is that of the foreign plant and sodomite Barack Hussein Obama. The mainstream media reported that he had filled an 18,000 seat arena on his second campaign run only to find out that there were only 5,000 seats available?

The same thing applies to the likes of Hillary Clinton, as well as a Joe Biden and others (1 Kings 13:33).

So, next time when you think that you are being outnumbered by the lawless minority, just remember that it is merely a tactic to convince you that there are more of them than there are of you (Ephesians 4:14).

In conclusion: Why would anyone in their right minds trust these same corporate-owned outlets to set the narratives?

If it were true what it is that they are promulgating, then we would not be here on another day to talk of it, now would we (Proverbs 28:1)? Friends, we still have the freedom to do the right thing (2 Corinthians 3:17)!

Article posted with permission from Sons of Liberty Media.  Article by Bradlee Dean