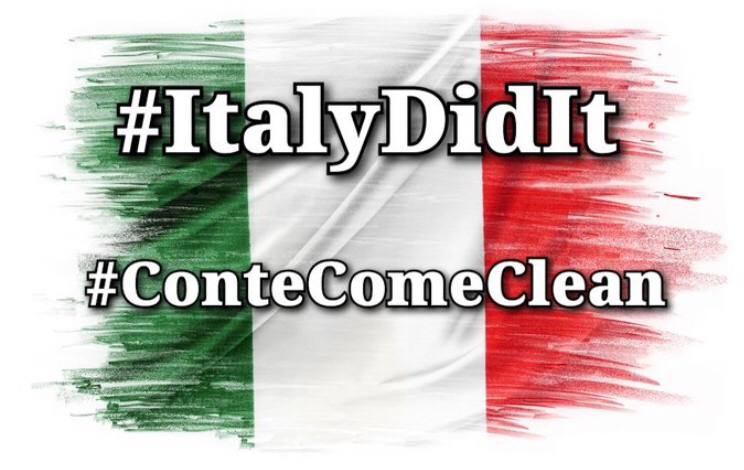 While Italy did the dirty deed, Obama and Biden were the top-level operational criminal co-conspirators who cooked up and funded the election theft.  Of course, they were directed by their Jesuit handlers in the Vatican, who were in turn commanded by their their well-hidden masters in the Italian Black Nobility. Which is precisely why this election theft essentially took place in Italy.  But it was the Khazarian Mafia, as always, that issued the order.

The verdict is in.

But, first, here’s the highly organized criminal conspiratorial plot to outright steal the POTUS election of 2020.

Obama conspired with Italy’s former Prime Minister Matteo Renzi to
employ an Italian aerospace defense contractor — Leonardo S.p.A. —
to perpetrate a massive vote-switching scheme via satellite on behalf
of woefully failing POTUS candidate Joe Biden. Even the Vatican was
a party to this complex international criminal conspiracy to steal the
2020 POTUS election as were rogue elements in the United Kingdom,
Germany, Israel and other unnamed state actors.  The witness, who
has submitted a signed affidavit, Arturo D’Elia, served as IT security
consultant at NATO’s Communication and Information Agency in Rome
and has stated military-grade cyber-warfare encryption capabilities
were utilized to carry out vote switching from President Trump to
Candidate Biden on Election night when vote tallies were mysteriously
changed in the key battleground states.

Let’s be VERY clear: if there are two individuals in the entire American political firmament who had had extremely high motivation to steal this election, it’s Barack Hussein Obama and Joseph Robinette Biden Jr.

Because both of them were desperate to cover up their 8 year crime spree, as well as to hide their subsequent 4-year crime wave during Trump’s term—that’s why!

Given this indisputable reality, the unparalleled Obama-Biden crime duo stopped at nothing to steal the election from Trump.

In point of fact, the volumes of conclusive hard evidence is so incriminating that the American people must respond to the serious capital crimes of treason, of sedition, of espionage, etc. which were committed by both Deep State-directed corruptocrats to accomplish the steal.

As long as the Biden-Obama criminal enterprise is not prosecuted to the fullest extent of the law, the American Republic effectively ceases to exist—PERIOD.

As long as this brazen, desperate, reckless election heist is not fully exposed and the primary perps apprehended and sentenced for their egregious capital crimes against the American people, the United States of America will never see another POTUS election.

Why should there be when they’re so easily stolen IN BROAD DAYLIGHT, and no one arrests the election thieves.

For these any many other grave reasons, there’s a great likelihood that partners-in-crime Barack Obama and Joe Biden will face the most serious justice in the not-too-distant future.

Many have already called for a very public execution LIVE ON THE INTERNET.

Submitted by The Armchair Political Analyst
State of the Nation
January 16, 2021

ITALYgate: Former Italian PM Renzi Conspired to Use a Military Satellite to Change Votes from Trump to Biden

The U.S. Congress knowingly certified a fraudulent election after Obama colluded with Italy to steal it for Biden!

*TheMillenniumReport.com: Reporting the Most Important News of the Week