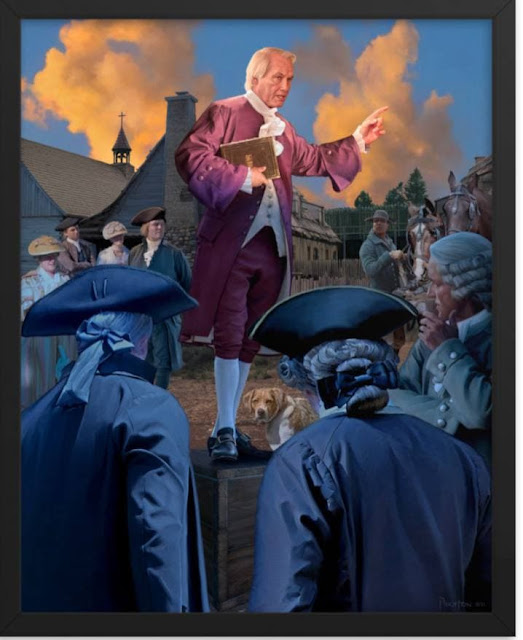 I have never wavered in my support for President Trump.

Since November 4, 2020, I have been steadfast in my position that We The People re-elected him as our President in a massive landslide victory.

I have advocated from day one to the present that various states held their elections unlawfully by relying on rules that had not been adopted by their respective state legislatures. Since early on when I saw the evidence being compiled by Sidney Powell, I have also urged that the November 2020 was fraudulent.

After 4+ years of anti-Trump propaganda from the Mockingbird media and the fake propaganda pre-election “polls,” too many Americans could not be convinced by word alone that the media’s election results were fake.

Slowly but surely, the TRUTH is coming out and the illegality and fraud is being exposed and light is shining on the darkness.

The Communists, Globalists, and Deep State CANNOT steal the Presidency from We The People.

Every lie will be revealed.

If you do not believe the evidence, President Trump, General Michael Flynn, Sidney Powell, Mike Lindell, me and many others, the resolution of the disagreement is simple: conduct a full forensic audit of the November 2020 election in each state.

He who has nothing to hide, hides nothing.

I know that many are confused by President Trump’s position on the “vaccine” or the “shot” as he often describes it.

But I have believed for the last 4+ years that President Trump is doing his imperfect best to do God’s will for our country.

President Trump is the consummate White Hat. He loves America. He loves We The People.

I love President Trump. I trust him. And I respect his decisions even if I myself might disagree with him at times or not completely understand a given decision he makes.

So let’s talk about the “vaccine.” We still have enough First Amendment freedom left to do so and it is July 4th!

So here we go.

In order to understand any Presidential decision made in the 1 1/2 to 2 years, you must accept that our country is at war.

We have been attacked by bioterrorism, cyber terrorism, and an attempted theft of our national election. The enemies are foreign and domestic. The enemies are the Communists, Globalists, and the Deep State. Their stated goal is one world government with a ruling elite class and a servant class. They want to destroy the middle class. President Trump will never allow America to be part of a one world government. America will govern itself. America First.

What must a Commander in Chief do during war?

So let’s continue the discussion with the above in mind.

Can you imagine the consequences if the enemies had been successful in locking down our country and the world for 1-2 years based on the fears of the public fueled by the exaggerated death counts and 24/7 propaganda media fear mongering?

Covid was a man made viral weapon intended to create fear. It was also a serious respiratory flu which would be expected to cause deaths in certain at risk members of the population, as the flu historically does on an annual basis.

The introduction of a “vaccine” on a warp speed basis would help remove or dramatically reduce the fear factor and prevent a collapse of the middle class and the economy from a lockdown.

Can you imagine the consequences if we had to wait 2+ years for a “fully approved vaccine?”

And if the “vaccine” was designed to harm recipients, that harm would occur in either event.

So one could speculate that the President made a decision to get the “vaccine” available to the public to minimize the casualties of war.

President Trump described Covid as the flu. He made it clear that hydroxychloroquine was an effective treatment. And he had always made clear that the “vaccine” should NOT be mandatory.

People who did not fear the virus would be disinclined to take the “vaccine.” But for those living in fear, the “vaccine” would alleviate the fear.

Of course, I may be wrong in my effort to make sense out of Operation Warp Speed. I am certain to be branded a conspiracy theorist by the enemy but what’s new about that accusation? The enemy always attacks the messenger when the message cannot be attacked because it is TRUTH.

But do keep in mind that I am expressing my opinion on the exercise of my lawful right of free speech to stimulate critical thinking on the part of others so that individuals will hopefully do their own research and draw their own conclusions.

The bottom line is that I trust and respect President Trump and believe he is acting in the best interests of America.

So I am willing to wait for President Trump’s explanation when he believes it is the right time to provide it to the American people.

I also believe that there are a LOT of moving parts in what could be described as a high level game of chess for our freedom.

I believe President Trump is an excellent chess player. I am not. So I am glad he is our President!!!

We live in extraordinary times.

“The only thing we have to fear is fear itself.”
- Franklin D. Roosevelt

“If you know the enemy and know yourself you need not fear the results of a hundred battles.”
- Sun Tzu

I guess we will know if my protected opinion is “over the target” by the number and ferocity of the attacks made against me over the next few days!

One should make note of who launches the attacks, if any.