Biden approves the Russian pipeline to Germany but nixes the EastMed pipeline that Trump managed to achieve for Israel Cyprus and Greece. The claim of course is it is a fossil fuel as opposed to the “new energy.” Sheer madness. Of course the less energy for Europe the higher the prices for all of us in this now “Zero Sum Game” that Biden is putting us and the world through. Here we go:

If you needed any more proof that the anti-American, pro-Russia, pro-Iran, pro-China, anti-Israel wing of the Democrat Party has captured the White House flag, last week we learned Team Biden plans to put the kibosh on a natural-gas pipeline with US involvement that would reduce Europe’s dependence on Russian energy.

Hochstein said he would be “extremely uncomfortable with the US supporting this project” because of its environmental implications.

“Why would we build a fossil fuel pipeline between the EastMed and Europe when our entire policy is to support new technology… and new investments in going green and in going clean?” he asked. “By the time this pipeline is built we will have spent billions of taxpayer money on something that is obsolete – not only obsolete but against our collective interest between the US and Europe.”

The Eastern Mediterranean Gas Pipeline, which would carry Israeli and Cypriot natural gas, is yet another energy resource serving America’s strategic interests that the Biden White House wants gone. EastMed joins a long list that started on Day One with the Keystone XL pipeline, a ban on oil and gas leases on public lands and the October federal court ruling that ended drilling in the National Petroleum Reserve in Alaska. 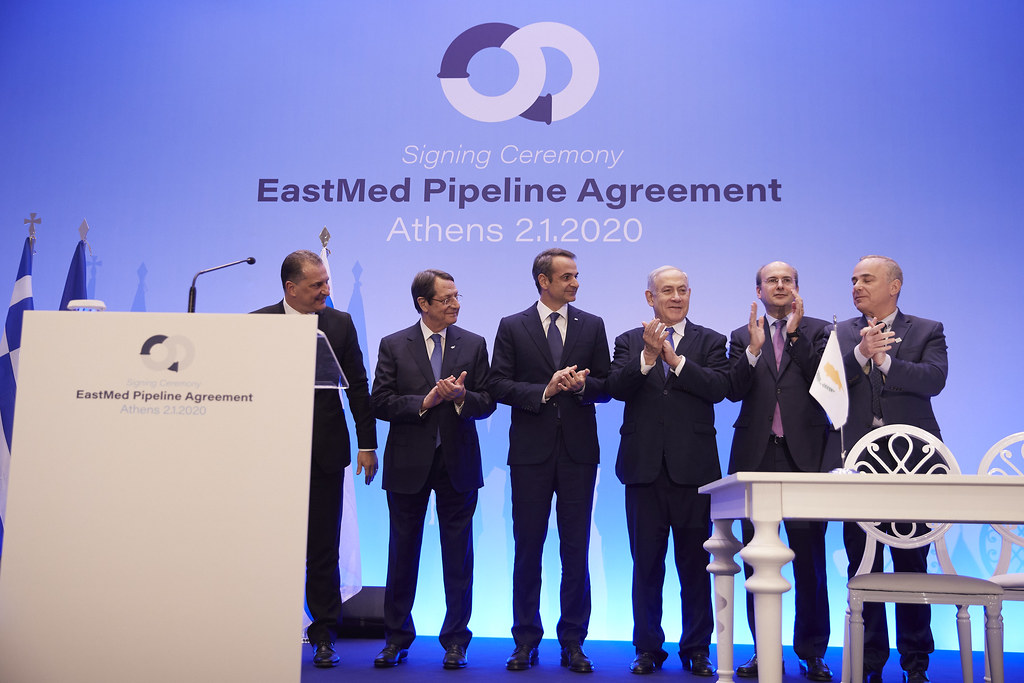 The Trump administration backed the $7 billion EastMed pipeline, a project of Israel, Cyprus and Greece, well before it was signed in January 2020. The 1,200-mile-long pipeline would bring 10 billion cubic meters of natural gas from Israel’s Leviathan and Tamar offshore to Europe, offsetting supplies that otherwise would come from Russia. Plans called for doubling capacity in future years.

US oil major Chevron is the main operator of the Israeli gas fields. And thanks to the Abraham Accords that opened trade and diplomatic relations between Israel and four of its Arab neighbors, the United Arab Emirates bought a 22% stake in the Tamar field from Israeli interests in May.