My argument (for quite some time now) is that the U.S. State Department is not only inept, but it has also been so for a long time — and is only getting more so over time.  I’m not sure I understand it — other than to suggest that our universities have so embraced the leftist ideology that they no longer produce anyone destined for the foreign service capable of independent thought.  Does it matter?  In light of the current situation in Ukraine, I think the answer is yes. 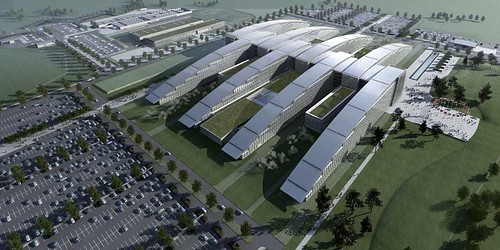 In early July 1997, the North Atlantic Treaty Organization (NATO) admitted three former Soviet satellite states: the Czech Republic, Hungary, and Poland.  I can understand why these countries would want to join NATO; I’m not sure why our past presidents and cabinet secretaries would wish to increase Russia’s natural paranoia by actively recruiting NATO members from former Soviet states.

It is as if President Clinton and Secretary of State Albright, neither of which was exceptionally bright in the performance of their duties, wanted to recreate post-World War II (Cold War) instability.  If that was their goal in 1997, it’s worked 25 years later — but to no one’s advantage.  Nor can we credit Franklin Roosevelt or Harry Truman as particularly gifted diplomats.  Since then, no President or Secretary of State, and I include Ronald Reagan, seems to know how to answer the question, “What is power and how should we use it?”

Did anyone after 1992 stop to consider that the Russian Federation lost half of its human population, that its economy was in shambles, and that every Russian leader after Gorbachev would have to spend a great deal of their time addressing these and related issues?  Should the “free world” have welcomed Russia to their new era rather than blame them for the 72 or so years of communism?  Isn’t that much like living in the past at the expense of the present and future?

In 1945, the power club consisted of London, Moscow, and Washington.  That later changed to London, Moscow, and New York (the UN).  Now the power club includes Brussels, Berlin, and Washington … and only Washington because that’s where the money comes from to sustain the UN and NATO.  At a time when NATO was keeping its eye on a post-communist Russia, the Russian Federation had to keep its eye on NATO and China.

One criticism of the U.S. military between 1960 and 2001 was that it had lost sight that Russia was no longer the global threat that it once was under the Soviet Union.  One may understand why the military lost its focus when they realized that the State Department and Depart of Defense, the two senior-most cabinet officials, continually provided lousy advice to the chief executive (among whom few have an adequate understanding of global power politics).

Let’s review: The Soviet Union (Reagan’s Evil Empire) collapsed in 1991.  Why, then, has NATO continued to treat Russia as if it were still a massive communist juggernaut?  Why has the U.S. State Department pushed NATO into ignoring its primary mission statement: to foster an alliance of democracies?

Can we say that the Czech Republic, Hungary, and Poland were democracies in 1997?  No.  They were working in that direction, but democracy takes time.  It took Spain 40 years to achieve that status, yet NATO put these three former Soviet client states on the fast track.  Why?  And can we see an effect of this today as we mull the Ukraine vs. Russia?  Has NATO migrated from an advocate of collective security to a gang of bullies?

Let’s not confuse ourselves.  Several former Soviet states have achieved capitalism; few have achieved democracy.  Has NATO’s focus on the Balkan states reduced stress in that region or created more of it?  Did NATO learn any lessons at all from the Bosnian Civil War?  Where is Ukraine just now?  It may not be pure capitalism, but it’s working on it.  It has corruption down well enough.  But is Ukraine a democracy?

We may need to stop swimming and tread water for a while … to get our strength back.  NATO today is not too far off the mark from Otto von Bismarck’s Austro-Hungarian apparatus that led us into World War I … with the tables turned.  Rather than NATO, it has become the European Treaty Organization and a damnable bully.  Is this what we Americans are happily paying for?  If the answer is yes, then none of us should be surprised by the perilous situation in Ukraine.  Russia has legitimate concerns — and we ought to at least listen to what they are.