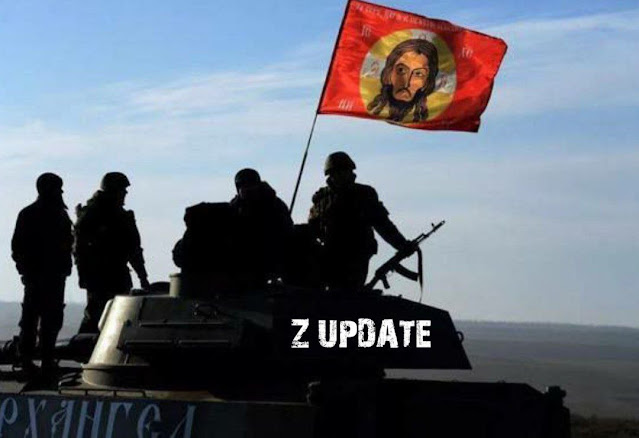 The control of the entire territory on the northern bank of the Seversky Donets was officially announced.
Nevertheless, according to the LPR law enforcement agencies, up to 1,000 enemy soldiers remain in the industrial zone and forest plantations, who could not retreat or changed into civilian clothes, trying to blend in with the civilian population. There are also foreign mercenaries among them.
The remnants of the Severodonetsk grouping, which retreated to Lisichansk, are now either being used to defend Lisichansk, or are gradually being pulled towards Seversk, while such an opportunity still exists.

The cleanup of Volcheyarovka has been completed. The enemy rolled back to Lisichansk. There are fights at the Lisichansk refinery and in Belaya Gora. There are battles for Verkhnekamenka, the retention of which is critically important for the Armed Forces of Ukraine, since in the event of its loss, the proposed withdrawal to Seversk could become a big problem.
The Seversk-Lysichansk highway is under the fire control of the RF Armed Forces. The enemy will have to solve the problem of the operational encirclement of the entire Lisichansk grouping.

Intensive fighting in Belogorovka, Berestovoye and in the area of     Nikolaevka near the Artemovsk-Soledar-Lysichansk highway. This road lost for the AFU

Artemovsk.
Fighting in Klinovoe and in the direction of Pokrovsky. The Armed Forces of Ukraine note the accumulation of forces of the Armed Forces of the Russian Federation in the Artemovsk direction and are waiting for the start of the assault on the city, but I believe that until our troops reach Soledar from the north, the assault on Artemovsk will not begin directly.
There are no changes near Kodema and Semigorye, as well as in the area of   Novolugansk and Uglegorsk TPPs.

Zolotoe.
They report on the continuation of the cleansing of the territory of the boiler and active filtration measures, since a significant number of enemy soldiers, as in Severodonetsk, mixes with the local population. Those who were able to retreat from the cauldron are mostly now either in the Lisichansk area, or have retreated to Seversk and Artemovsk.

On the front to the north of the village without significant changes – positional battles are going on, as well as near New York. There is no significant progress here.
The enemy continues to shell Donetsk, Makiivka and other settlements, but somewhat less intensively than a week ago, after hitting artillery and MLRS positions. Today there were powerful blows to Avdiivka. The enemy, in addition to terrorist shelling, continues to target roadblocks and warehouses using Western weapons and OTRK (including targets deep in the DPR and LPR.

Intense fighting continued in the area of   Pavlovka and Yegorovka, but the enemy was unable to develop success after entering Pavlovka. Nevertheless, attempts to completely oust our troops from the Yegorovka area will certainly continue.

The enemy attacked the Tavrida drilling rig (the platform was damaged), and also continued attacks on the island, which were repulsed (1 Su-25 was shot down).
The General Staff of the Armed Forces of Ukraine promises to continue the confrontation for Snake Island.

On the Nikolaev, Krivoy Rog and Nikopol directions without significant changes. There is no “attack on Kherson”  butcthere is some fuss in the villages between Nikolaev and Kherson.

The Armed Forces of the Russian Federation and the Black Sea Fleet continue to inflict regular strikes on military facilities and concentrations of enemy manpower and equipment in Nikolaev and the Krivoy Rog region.