During a BBC interview, the Duke of York, Prince Andrew, made a very clear statement that he didn’t sweat at the time a young, then-17-year-old Virginia Roberts-Giuffre claimed that he both danced with her and had sex with her. According to Roberts-Giuffre, Andrew sweated profusely and though Andrew attempted to debunk claims that he was pretty tight in his relationship with convicted pedophile Jeffrey Epstein, he didn’t seem to do a very good job.

First, as Howard Cosell used to say, “Let’s go to the video tape.”

During his interview, Prince Andrew made a miserable attempt to claim that he never had a sweaty dance at a London nightclub with Ms. Roberts-Giuffre.

“I didn’t sweat at the time because I had suffered what I would describe as an overdose of adrenalin in the Falkland’s War when I was shot at,” he said.

“There’s a slight problem with the sweating because I have a peculiar medical condition which is that I don’t sweat or I didn’t sweat at the time…because I had suffered what I would describe as an overdose of adrenalin in the Falkland’s War when I was shot at and it was almost impossible for me to sweat,” said Andrew.

Yet, pictures are worth a thousand words, and yes, it was The Daily Mail that decided to write a few thousand words with pictures, including not only sweating but partying with several women.

Photos show Prince Andrew enjoying the attentions of several women. In this photo, taken on the French Riviera in July 2007 the Prince looks wild-eyed as he parties with American socialite Chris Von Aspen, who licks him

Prince Andrew enjoying himself with American socialite Chris Von Aspen at a party in Saint-Tropez, France, in July 2007. That night he was pictured getting wild with Von Aspen, who at the time was dating Prince Albert of Monaco’s right-hand man

Prince Andrew is seen smiling with American socialite Chris Von Aspen, who cups his face as they pose for photographs. The two seemed enamored with each other in the photographs

Prince Andrew is seen accompanied by Canadian socialite Pascale Bourbeau at a party in Saint-Tropez, France, in July 2007 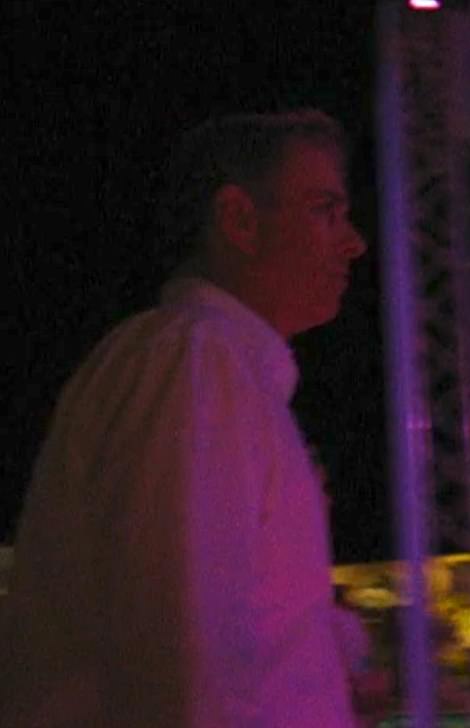 Of course, then there are the really sweaty ones.

This one I won’t post as it does have nudity.

Elsewhere in the interview, during his claim that he had no recollection of meeting Roberts-Giuffre, the Duke blinked no less than ten times in the space of ten seconds while making the denial.

According to numerous scientific studies, including one published by the Journal of Non-verbal Behaviour, rapid blinking is a reliable indicator that a person is lying.

The overwhelming consensus after the interview was that it was a PR disaster and had only resulted in Prince Andrew looking more guilty.

It has since emerged that the Duke’s PR adviser quit two weeks ago after warning him not to do the interview.

This pedophile has been busted!