Self defense is important because it’s your legal right and your life or someone else’s could depend on it. In a moment of crisis, if you or someone you care about is attacked, knowing where you stand legally— and being prepared to defend yourself or others— could make a world of difference in the outcome of many people’s lives.

That way you can make a threat forward contingency plan to use a legally owned firearm that no jurisdiction you’re in will be unhappy about you having for any reason, to defend yourself or others.

With proper knowledge, practice, and preparation, you will rest assured that you can defend yourself, your loved ones, your property, or innocent bystanders from a violent attack.

The Worst Self Defense Legal Scenario

The worst scenario is you legitimately and responsibly use a firearm to defend yourself or others in fear for your life from a violent attack, and end up in trouble with your state or city. 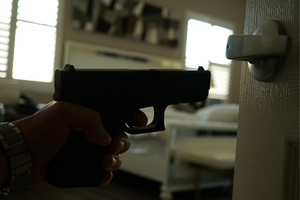 Even though you used it for your self defense from a violent aggressor, you face legal charges for using the firearm or even just owning it in violation of state or local statutes (such as prohibitions or without a permit).

That’s an advantage of living in one of the best states for self defense.

You and your family can feel and be more secure to defend yourself if you need to.

The best states for self defense also tend to have lower rates of violent crime than states with more restrictive gun laws and judges with court systems and jurisprudence that are more hostile to self defense victims who use a firearm to defend themselves.

Firearms And Self Defense Reduce Injuries And Save Lives

According to a Rand Corporation Gun Policy in America brief, one of the earliest studies (1997) into the effect of shall-issue laws on violent crime found that, “states implementing shall-issue laws saw significant decreases in rates of violent crime, murder, and assault.” Requiring state agencies to issue gun permits apparently resulted as a deterrent to violent crime. (source)

The brief says follow up studies concluded the findings did not prove cause and effect between the more self-defense friendly gun laws and lower crime, just a correlation. But it’s a strong correlation and an obvious one to draw. And correlations are what regulators go off of with cancer and tobacco to require tobacco companies to label packages with warnings. 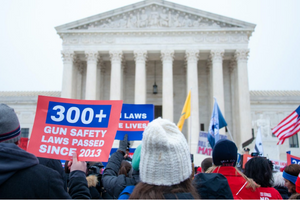 As time has gone on, gun laws in the United States have become less restrictive over the last generation.

Recent courts have been strong adherents to strict constructionism and interestingly, pro-Second Amendment judicial activism when making rulings on firearms and self defense cases.

While gun ownership increased as a result, violent crime rates went down. In fact, according to FBI federal and federalized crime data from state agencies, violent crime in the United States decreased by 49% from 1993 to 2019. There was an enormous 68% decline in aggravated assault. All of this happened as the U.S. courts beefed up the Second Amendment. (source)

In the event that you are attacked in a place you legally have a right to be, in 38 states you have no duty to retreat, and can stand your ground to defend yourself from your attacker.

In 30 of these states this policy is in effect by law, with statutes reading, “that there is no duty to retreat from an attacker in any place in which one is lawfully present.”

The other eight states have stand your ground laws in effect through case law or jury instructions in self defense cases. Washington D.C. and Wisconsin follow a “middle ground” approach with jury discretion. 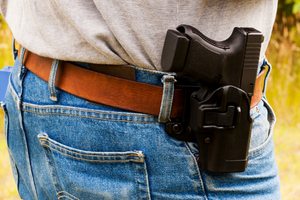 Related: What To Do When Stores Run Out Of Guns And Ammo

The state is number one for self defense because Alaska lets residents prep to defend against militia grade assaults. With no NFA weaponry restrictions, Alaska has no registry requirements for machine guns, suppressors, or anti-tank caliber guns. Residents also have no barrel length requirements for shotguns or rifles.

Arizona allows concealed carry of firearms with no permit, no gun registration, and no gun owner’s license.  The Copper State has no registry requirements and no restrictions on NFA-listed firearms.

There are also no magazine capacity restrictions in the state. Arizona has a Castle Law and Stand Your Ground law with no duty to retreat. 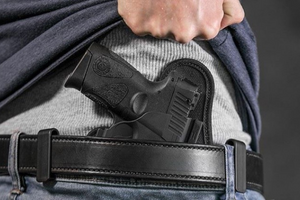 Wyoming is another no permit state for concealed carry of handguns. Firearms do not have to be registered in the Equality State. Neither does Wyoming require a gun owner’s license or open carry permit. Wyoming is a Constitutional Carry state.  The state government preempts local gun laws that are more restrictive of residents.

Related: 6 Mistakes You Are Probably Making When Buying Your Guns

Oklahoma upholds Castle Doctrine and Stand Your Ground law. Its self defense laws specifically protect the use of deadly force against a violent attacker there even in the workplace or personal vehicle. So the state’s law backs up preppers who find themselves in a desperate situation, but prepared to survive it safely. 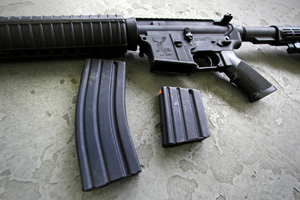 Kentucky allows concealed and open handgun carry, but only open carry of long guns. There are no permit, license, or registry requirements.

Kentucky has no magazine capacity or NFA weapons restrictions. The commonwealth has a Castle Doctrine with no duty to retreat.

Its Stand Your Ground law passed in 2006. The law protects the use of deadly force for self defense in the vehicle and anywhere the resident has the right to be.

Kansas has no gun permit, firearm registration, or gun owner’s license. The Sunflower State permits concealed and open carry of handguns for self defense. The state government does not allow local municipalities to restrict gun ownership or use.

Kansas does not have a magazine capacity limit or NFA weapons restrictions. The state has Castle and Stand Your Ground laws with no duty to retreat. Deadly force may be used if believed necessary for self defense. 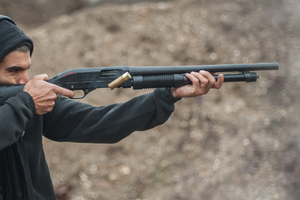 Missouri does not license or register firearms, and has no gun permits. It allows open and concealed carry of handguns.

The Show Me state has no restrictions on magazines, and no bans on NFA weapons. The state has Castle and Stand Your Ground laws with no duty to retreat in your home or vehicle.

There are no gun permits, licenses, or registrations in South Dakota. Handguns can be carried open or concealed. The state preempts local gun rules. South Dakota does not restrict NFA weapons or magazine capacity.

The Mt. Rushmore State has no Stand Your Ground law, but is a stand your ground state in the courts. It has a Castle Law with no duty to retreat anywhere you have the right to be. 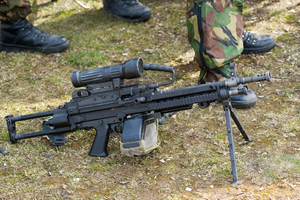 West Virginia has no bans on magazine capacity, but requires a license to own automatic weapons.

The state has a Castle law and Stand Your Ground law that allow deadly force for self-defense and to prevent trespassers.

Tennessee has no permits, registrations, or licenses for firearms. It preempts local restrictions. The state allows open and concealed carry of handguns. The Volunteer State has no bans on NFA weapons or magazine capacity. Tennessee has Castle and Stand Your Ground laws when there is a reasonable belief in the immediate threat of death or serious injury. There’s no duty to retreat where ever you have the right to be.

The right and ability to correctly and safely defend yourself may not seem important, but if it ever does it will be of paramount importance. And if you should ever survive a violent attack, the next most important priority for you will be defending your actions to the authorities, possibly in a court of law.

In these times of unrest, there are so many Americans moving states to find a place to live that suits them, their families, their professions, their finances, their interests, and their values best.

If prepping for self-defense is important to you, hopefully this article was a good stop for you as you gather information about what states align best with your priorities.