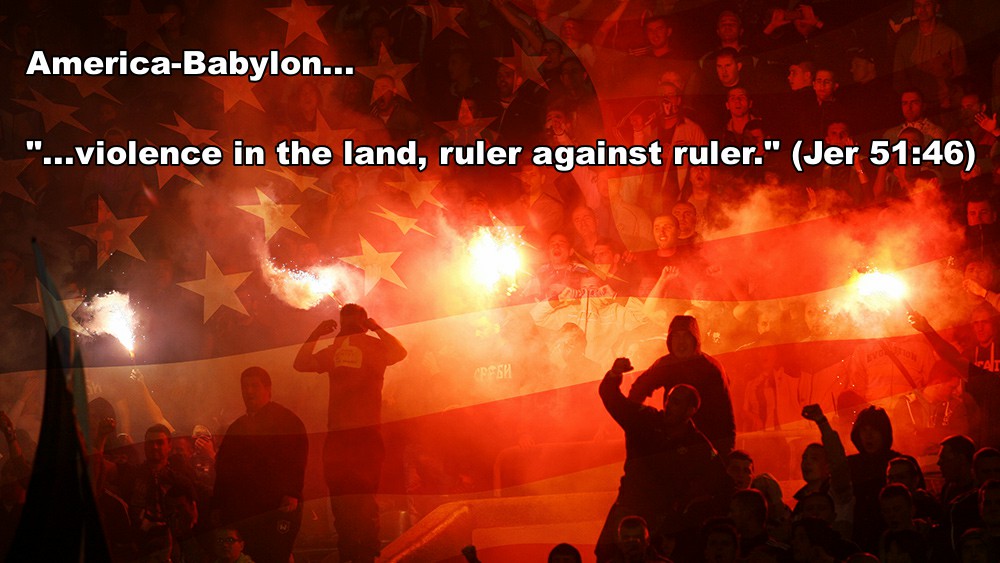 Bible Prophecy Being Fulfilled 100% Before Our Eyes

And will send unto Babylon fanners [check out Strong's #2114 and compare with sleeper cells], that shall fan her, and shall empty her land: for in the day of trouble they shall be against her round about. (Jer 51:2) – [Why America is Babylon]

And lest your heart faint, and ye fear for the rumour that shall be heard in the land; a rumour shall both come one year, and after that in another year shall come a rumour, and violence in the land, ruler against ruler. (Jer 51:46)

Antifa is “mobbing up” for an engineered chaos event, according to multiple eyewitness accounts of Antifa activities at public events such as Trump rallies. This coincides with accelerated mainstream media calls for Trump to be removed from power or arrested, along with an explosion in pop culture messaging that calls for Trump to be hogtied, tortured and / or executed. The coordinated messaging and accelerating George Soros funding of mob-for-hire Antifa terrorists points to an imminent event that will unleash nationwide political, civil and financial chaos from which globalists hope to remove Trump from power (or collapse the United States if Trump survives).

This analysis is derived from multiple personal interviews, eyewitness accounts, media sources (cited below) and informed familiarity with the history of the communist playbook from which these events are unfolding. Highlights of this analysis:

→  Time is running out for humanity – even for the vast majority of Christians who think they are going to Heaven but are not – just as Jesus said. A DELUSION OF A SALVATION THAT DOES NOT EXIST.