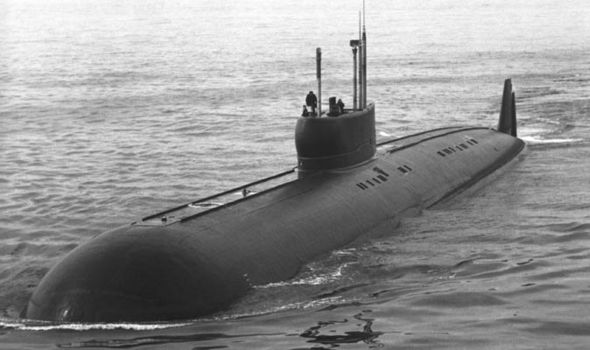 “They executed electronic launches, and at the conclusion of the drill, real launches of torpedoes without warheads,” reported official Russian government newspaper Rossiyskaya Gazeta. “Prior to this the submarines conducted submergences to maximum depth and tested new weapons in the Norwegian Sea.” Another “duel” – with one unclear submarine playing the role of a Western enemy – was conducted by the Alexander Nevksy and Vladimir Monomakh vessels off the coast of Kamchatka.

Rossiyskaya Gazeta claimed its Western military foes were “most alarmed” by Russian training sessions in the North Atlantic aimed at “penetrating an antisubmarine barrier which the Alliance deployed between Greenland, Iceland, and Scotland” equipped with the SOSUS sonar system. Participation in the exercise of Sierra III-Class submarines Nizhny Novgorod and Pskov “caused particular alarm of NATOmilitary analysts”.

The report stated: “They are nicknamed ‘titanium destroyers’ for the hull material and range of missions performed, the main one being destruction of enemy strategic submarines and carrier groups at the beginning of a conflict.

“The high-speed submarines are capable of moving covertly at great depth, and their armament – torpedoes, rocket-torpedoes, and Kalibr cruise missiles – make boats of this type among the most formidable marine predators.” World War 3: Russia submarines launch underwater warfare in Scottish waters – Moscow says