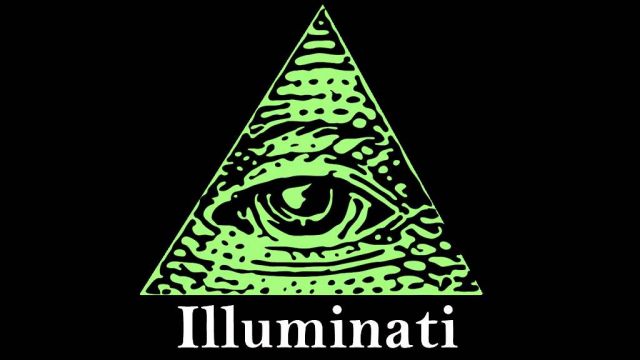 This is part 1 of a series around the New World Order. We look at the impact it has on our society. Many official media sources only considered the idea of the creation of a secret New World Order conspiracy theory. This is largely because it was supported and spread by right-wing populists and a handful of revolting Anarchists. They claimed that a totalitarian world government would replace the existing sovereign nation-states, a thesis that was not taken seriously and therefore characterized as a conspiracy theory.

In recent years; however, as more evidence emerged through information disclosed by remorseful insiders, the so-called conspiracy theory turned into reality. It is largely accepted today that the architects of globalization, a secretive power elite have a clear agenda aiming at the creation of a New World Order. In order to achieve world domination, they (elite) created a net of front organizations that allows them to orchestrate and manipulate major financial as well as political events.

Interfering with elections and using political puppets on a worldwide scale is common practice to achieve their objectives. Political interference will influence financial markets, giving them full control. According to Wikipedia; the term “New World Order”, has often been used by 20th-century politicians in regards to the balance of power which they were seeking after World War I and World War II. It was Winston Churchill; one of the most famous politicians to have used the term in the past.

The order of the Illuminati was created in 1776 by university professor Adam Weishaupt in Upper-Bavaria (Germany). He recruited his followers from German Masonic lodges and was teaching rationalism through mystery schools.

He built up his organization as a strictly hierarchical structure, in line with the one of the Society of Jesus (Jesuits). Although he left the church when he was young, he reconciled before his death. The occult organization was created on the request of Mayer Amshel Rothschild.

Many researchers agree on the fact that his organization is considered as the base of the current elite and founding fathers of the New World Order.

Top Global
Warehouse full of aid supplies for Hurricane Maria survivors just discovered in Puerto Rico
Volcano erupts on southwestern Japan island
New Mexico Becomes the Latest 2nd Amendment Confiscation State! Great Dave Hodges Video!
We Will Drive The Whole World Into So Much Chaos, They Will Beg Us For Relief, Enter The New World Order
Mystery Chinese Virus Has Likely Infected Over 1,700 As It Sweeps Across China And Japan
The World Economic System Must Change From Quantity To Quality
Special Urgent Message To Donald Trump & Kim Jong Un, Team Capitalist & Team Communist
The Global Currency Reset Event Is Happening In 2020
Extremely Important Info From Senator Amanda Chase (R-VA) and VCDL Regarding 1/20/20 Virginia Rally
Megxit: Harry and Meghan Give Up Royal Titles
Loading...
Top Alternative
Tonight's Short Horror Film: "Twinkle"
The scandal hiding in plain sight is our intelligence establishment’s misuse of its authority to muck around in the 2016 election.
Scenes From Virginia’s Capitol: Militarized Police Arrive In Richmond
Scientists Share Facts About Vaccines At World Health Organization Conference For Vaccine Safety
Red Alert! Virginia Will Be Used To Frame President Trump! - Great Video
X22Report: We Have a Witness, Durham Following Strong Paper Trail, but the Best Is Yet to Come! (Video)
Virginia : FAA Declares "National Defense Airspace" Over Richmond, Live Streams on DLive! - Great Video
Terrifying Video! If I Were the Devil - Future Proves Past Again! Do Not Miss This Short but Powerful Video!
Photos of a UFO Buzzing a Commercial Jet Over the United Kingdom
Salmon Patties (aka Salmon Cakes or Croquettes)