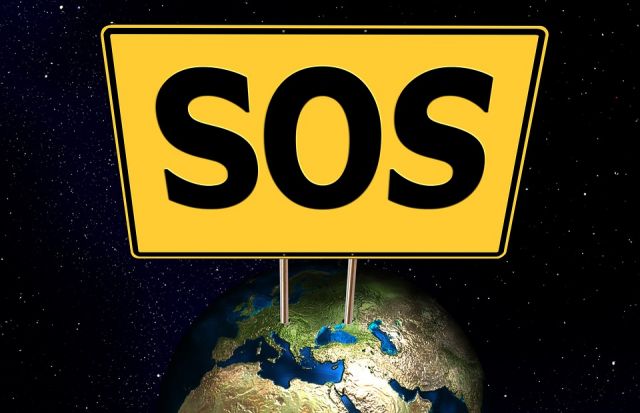 Note to readers, this is the last of the pre-written summer reports.  Regular reporting will resume with the August 3rd edition.

The undeclared bankruptcy of the United States of America Corporation on February 16th and the subsequent chaos is a sign to the world that the U.S. under its current management is a failed state.  This week we will look at how this came about and what to do about the situation.

First of all, according to various estimates, including the Atlanta Federal Reserve Board, U.S. GDP has fallen by 50% this year.  The U.S. also, (again according to places like the FRB) has unfunded liabilities of over 200 trillion dollars.  This includes external debt, government debt, unfunded pension liabilities, etc.  If GDP has really fallen by half to about $10 trillion it means the debt is over 20 times U.S. annual income.  It means if all Americans spent half their money paying off the debt, it would take 400 years to do this.

There are other signs of deep dysfunction as well.  Americans spend 17.7% of GDP on medical expenses; more than double the percentage in other countries.  Despite this each year American lifespan decreases.  They have a criminalized medical establishment that is poisoning people with carcinogens and tainted vaccines in order to increase the number of sick people they can suck money out of.

The gap between the rich and the poor in the U.S. is by far the biggest in the developed world.  Real living standards for 90% of Americans have been dropping since the early1970’s.

Yet another problem is a corporate media that is now spewing almost nothing but propaganda and lies.  This is in tandem with a political system that is paralyzed by infighting and corruption.  Democracy in the U.S. has been dead ever since George Bush Jr. stole the year 2000 election

Anyway, you get the picture.  As an MI6 source put it “America is finished.”

The obvious answer is for the current Washington DC regime to publicly declare bankruptcy.  This would wipe out the debt overnight.  The administration of U.S. President Donald Trump is trying to “make America great again.”  Trump has in fact already repudiated domestic debt by nationalizing the FRB and handing money directly to corporations and individuals.

This works domestically but since the U.S. owes money to the rest of the world, the American people need to renegotiate their debt with the rest of the world.  Remember ships have been arriving in the U.S. full of stuff and leaving empty for over 40 years.  It was all paid for with the U.S. credit card but now other countries are asking for cash.  That is why stores are running out of so many goods.  The U.S. does not have the cash to maintain the living standards that were being paid for with debt.

The rest of the world, especially the main creditors Japan and China, are willing to write off the debt but they want a change in management first.  In other words, they want the Americans to free themselves from the Babylonian debt slavery of the Khazarian mafia.

That process has started with arrests and extra-judicial killings of top Khazarian, Satan-worshipping elites.  The Bush family is gone, the Rockefellers lost the presidency when Hillary Rockefeller was defeated, and many politicians and so-called celebrities have vanished.

However, the situation is still like a lizard shaking off its tail in order to escape.  The real control of the United States is still in the hands of… Read more at https://benjaminfulford.net/