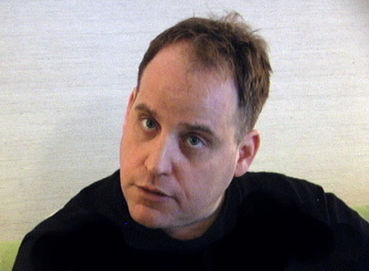 The Khazarian Mafia is pulling out all the stops to destroy the Constitutional Republic of the United States as violence and arson cause further descent into chaos, NSA, MI6, and Pentagon sources agree.  The scenario unfolding is an election that is an obvious farce even to the most deeply brainwashed of the cool-aid drinking sheeple.

We are now in the looting and burning home stretch so don’t expect mass arrests of Democratic politicians like Joe Biden, Nancy Pelosi, and company.  Presidential immunity from prosecution is Biden’s main motivation for becoming a candidate in the first place.  It’s also the best chance for the left and right House and Senate cabal minions and intel agency deep state operatives involved in Uranium One and Ukraine funds to the DNC to avoid prosecution.  So the swamp rats are all desperate to steal the election by whatever means possible.

This is courtesy of https://benjaminfulford.net/

The probable outcomes, various sources say, are that the election will be canceled due to Antifa and BLM attacks on the polling stations where Trump supporters will be turning out in numbers for a historic landslide victory.  The patriotic support is evident in large rally turnouts and parades around the country, while sleepy Joe is asking for his teleprompter answers to be more visible in front of a handful of MSM presstitutes.

The more likely scenario is lawsuits and chaos concerning mail-in ballots that could last for weeks or months.  Either scenario will leave Trump “in power.”

The provably criminal Biden and Son’s involvement in Ukraine and China deals is making his election a long shot as any debate will expose that he is hopelessly senile and unfit to hold office.  One source even believes he is being set up to be such a loser that one cannot help but suspect that the same people who support Trump have deliberately placed an unelectable Biden as his opponent.

We realize many people, including many of our subscribers, think U.S. President Donald Trump is going to save the day and “Make America Great Again.”  However, some sources say the depopulation Satanists have other contingency plans:

“If you think Trump is ‘saving America,’ why has he been repeatedly calling for all Americans to be vaccinated by November?  For example, he recently Tweeted, ‘On November 3rd, Michigan will decide whether we quickly return to record prosperity-or whether we allow Sleepy Joe Biden to…DELAY THE VACCINE.’ “

Other sources contend that Trump is between a rock and hard place, which forced him to abandon his “pandemic hoax” early warning and go along with the shutdown recommendations to remain ahead of the scamdemic plan designed to kill his re-election chances by blaming him for the manufactured death toll.  So he was forced to keep the medical crooks like Fauci and Brix on the frontline and give them enough rope to hang themselves on the record.

Even the U.S. CDC is now being forced to admit the pandemic is over, as shown by this map they produced. 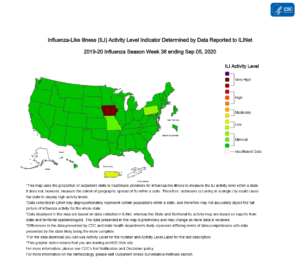 Nevertheless, how can we reconcile Trump’s son-in-law Jared Kushner, as a member of the “kill 90% of humanity enslave the rest,” Chabad death cult.  Remember, Kushner owned the 666 Fifth avenue building where injectable microchips were developed.

The NSA, the French military, British Intelligence, and others confirm the vaccines are intended to contain microchips and some among them say:

“It appears Americans are being presented with a false choice of senile criminal Biden and his merry band of rioting Antifa anarchists and BLM communists, or Israeli loving Trump who has failed to contain the deadly virus pandemic and his gun owner constitutional patriots. Either way by the end of the year the cool-aid drinkers will be lining up for a vaccine, combined with a digital wallet and ‘prosperity.’

Trump the builder commented right after 9.11 that bombs must have been used to bring down the towers so he knows the score, but failed to mention Israel’s involvement in 9.11 or, as a matter of fact, any truth about 9.11 whatsoever so we must ask ourselves… Why?”

Some NSA, CIA, and Pentagon sources say Trump is just play-acting and that he really will turn against the Khazarian Mafia in the end.  They say one day soon Trump will round up the Zionists and execute Satanists, including Kushner.  We hope they are right and the reason why he hasn’t already done it in the four years he has been in power is that deep state actors have surrounded him in the Muller investigation and impeachment proceedings.  Only time will tell during a second term if AG Barr (aka Robert “cocaine kitchen” Johnson) will get replaced.

As things stand, the corporate media has begun propaganda preparations for a hung election.  Here is what Facebook’s Mark Zuckerberg (Rockefeller) had to say last week:

“What we and other media need to start doing is preparing the American people…That there’s nothing illegitimate about this election taking additional days or even weeks to make sure that all the votes are counted.” https://www.blacklistednews.com/article/77976/zuckerberg-election-may-take-weeks-and-cause-civil-unrest-until-media-creates-consensus-on-next.html

This is a reminder of what we are really fighting for better management of the planet.  In the past 50 years we have wiped out numerous wildlife, and yet Trump and his backers have failed to offer even a basic solution or approach to this problem. https://www.bbc.com/news/science-environment-54091048

OK, now for some good news.  We heard from high-level sources in MI6, the NSA, Asian Secret Societies and, the P3 freemasons that…