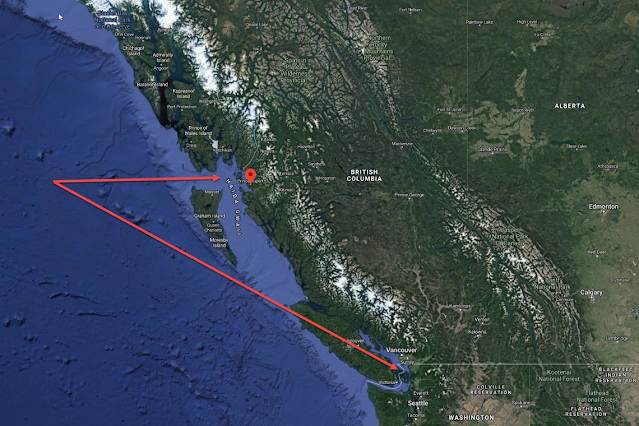 This a Hal Turner Radio show repost from October 2020

Under a Treaty signed in late 2019 with Canada, the People’s Liberation Army of China has been quietly massing military troops in Canada since the beginning of 2020 and those troops are believed to be readying for an actual military invasion of the United States.

While it has long been rumored that China began massing troops and armor in southern Mexico for a similar invasion goal, word of such troops appearing in Canada only began this year. Those rumors were pretty much laughed off until video emerged this week of Chinese troops on a back road of Salt Spring Island, near Vancouver, British Columbia.  Here is that 35 second video:

Once actual proof emerged of Chinese troops in Canada, we started digging into where they were in relation to US soil and how such a thing could be; given that Canada was _supposed_ to be a U.S. ally?

The map below shows where China is massing the troops in Prince Rupert and on Salt Spring Island, BC, CANADA: 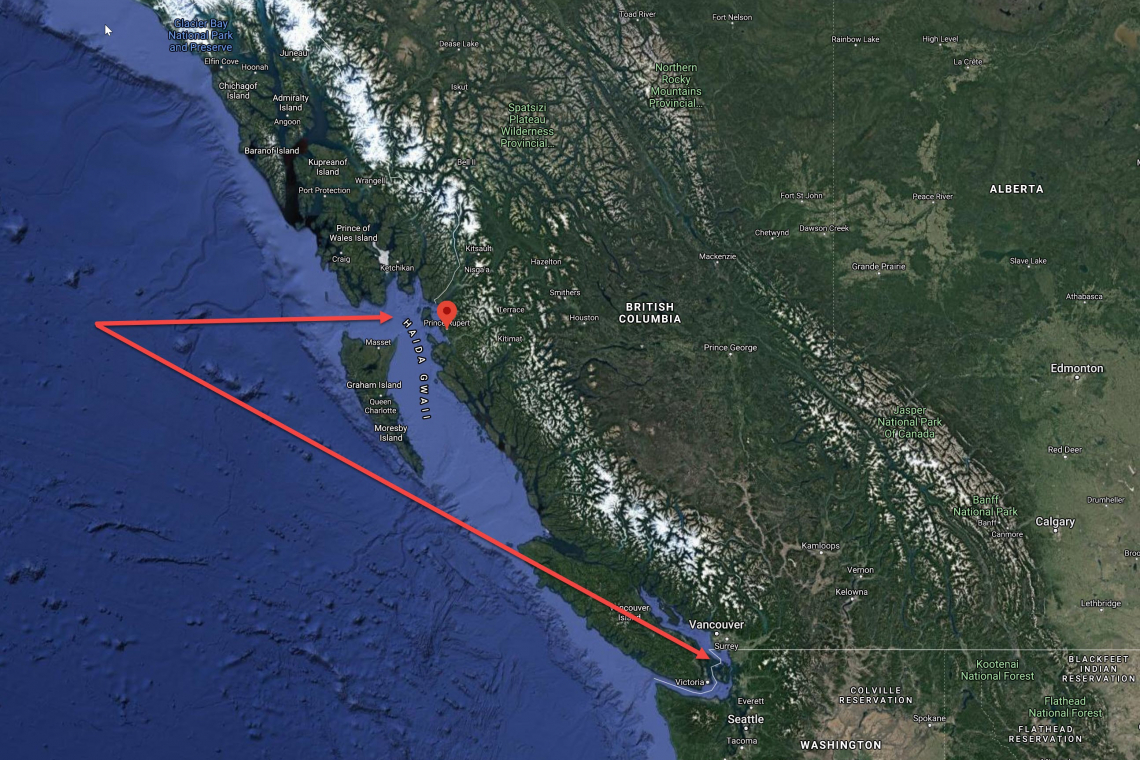 It turns out that the globalist/Commie Prime Minister of Canada, Justin Trudeau, signed a Treaty with China in late 2019.  In January, 2020, the Canadian Independent Press Review reported it as follows:

Under the terms of the Foreign Investment Protection Act (FIPA), a bi-lateral treaty ratified with China by the Trudeau government in 2019, Chinese security forces can be stationed on Canadian soil to protect vital Chinese investments, without the knowledge or consent of local authorities.                    – Canadian Independent Press Review, January 15, 2020

One has to ask why Prime Minister Trudeau would sign such a treaty?  Does Canada not have its own military to “protect vital Chinese investments?”   Does Canada not trust its own Royal Canadian Mounted Police?  Are Canada’s Provincial Police forces somehow inadequate?  Or did Prime Minister Trudeau somehow find that allowing China to mass troops in his country might be beneficial to HIMSELF?  Did Trudeau get a massive payoff from China to betray the United States like this?  What other explanation could there be?

According to locals in British Columbia, PLA troops are troops being stationed in Stanley Park (almost an entire island of a park) in Vancouver, as temporary housing until they are assigned something permanent.  Look at the size of this “park:”

Oh, and get this . . .Canadians say THEY CANNOT GO INTO THAT PARK because it is taken over by China’s People’s Liberation Army!   Anyone trying to enter the park is stopped by Vancouver police and refused entry unless they are PLA troops!

One Canadian tells me “You got ‘em (PLA Troops) all over the coast, man, based outta Prince Rupert. A bunch of their military intel people work outta their consulate in town (Vancouver) and they can airlift the assault troops here in an hour, is what I been told.”

That same source went on to say “That’s how that fucking traitor Trudeau’s arranged it with Beijing, man. The west coast is theirs. They’re gonna be the ones managing the curfews and all the other shit that’s gonna follow.

So, ladies and gentlemen, our neighbor and “ally,” Canada, under the completely fraudulent guise of protecting Chinese investments, has betrayed the United States and is permitting China to mass troops on Canada’s west coast, and China is doing so – allegedly to protect their investments – but in actual fact, for use in attacking and conquering the United States.

It didn’t make any sense at the time.  Why would we put some of our most advanced fighter jets all the way up there?   Now, we seem to know!

The US Government knows what China is doing and our government is preparing to fight them off!  Those planes can fly in from behind the Chinese troops and bomb them.

CALL-UP of ONE MILLION RESERVISTS

There was another story back in March, by ABC News (HERE) about President Trump authorizing the Secretary of Defense to Call-up a MILLION U.S. Military Reservists.

At the time, we were told that the call-up had to do with COVID-19 and those troops would be able to help with the outbreak.

The US Government saw that China has begun massing troops and is calling-up a MILLION U.S. Military Reservists to fight them off!

For months, the US west coast has been seeing ferocious “wildfires” that have burned millions of acres, and destroyed tens-of-thousands of homes.

Just two weeks ago, earthquake guru Dutch Since accidentally stumbled upon what appear to be Directed Energy Weapons being used to start and spread those fires!

His video showed that US Satellites in space which monitor environmental conditions in the USA, picked up literal “beams” in the Near-infra-red spectrum, being fired at and into the wildfires.   Here’s a screen shot of such beams being fired: 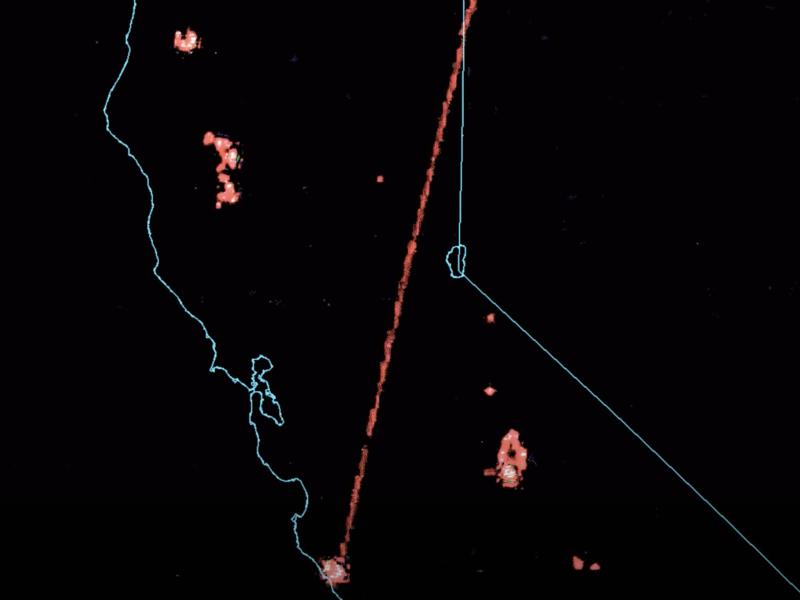 When those beams hit, the fires immediately grew in intensity, and spread.

Other photos – VERY MANY – have been taken by citizens on the scenes as these beams were fired and they were so shocked at seeing it, the people too photos of the beams as they took place: 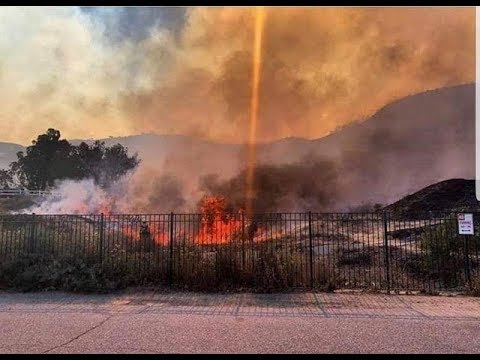 Here’s a slew of others. 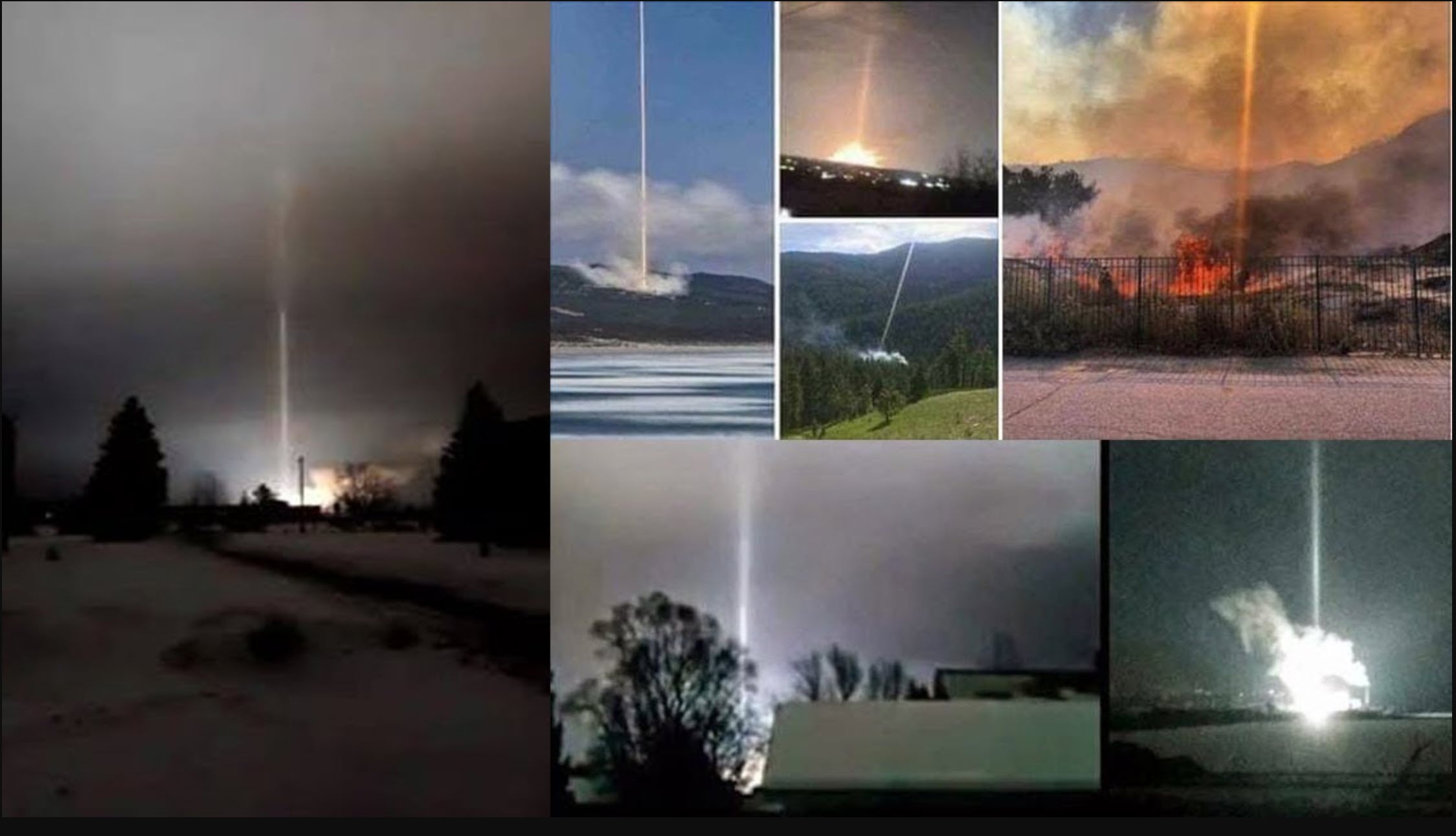 Then, Secretary of Defense Mark Esper, revealed to the American people that China and Russia have “weaponized space” and he specifically mentioned ”Directed Energy Weapons” in his address to an Air Force conference.  In just the first TWO MINUTES, the Secretary of Defense repeatedly tells us that China and Russia are employing “Asymmetric capabilities” and he flatly states they have “weaponized space” with “Directed Energy Weapons.”