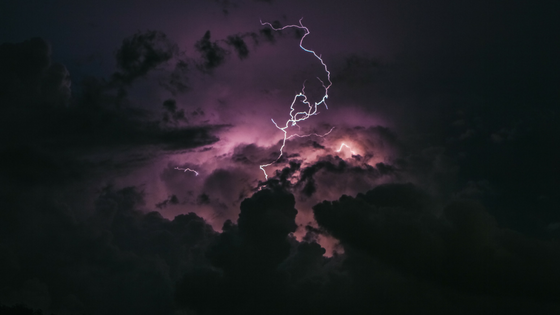 SIGNS OF THE SON OF MAN – PART THREE

The Lord always warns humanity well ahead of time and something drastic is coming that will alter human affairs. It is only the “tin-foil hat people” and the “deplorable Christian watchmen” that pay attention to these SIGNS while the world at large goes along their merry way. As foretold, the 2-11 cross sign in the heavens went by with nary a mention as usual. It seems most have lost interest and are in the world with both feet.

Steve Fletcher has pointed out yet another STAR SIGN that is unusual in that it occurs exactly 9 DAYS later, and this sign is in Aquarius THE WATER BEARER. Everyone should know by now that WATER is a code word for DIVINE AGAPE, the radical and totally different LOVE TYPE of God. We also all should know that the NUMBER 7 is a huge number in the bible. This sign has a close alignment of 7 planets with the SUN (SON) in the middle of Aquarius. Below is from Steve Fletcher:

The number NINE means DIVINE COMPLETENESS or FINALITY, that is kind of like X means TERMINATION because something is then OVER. The Church had an ALPHA POINT and also has an OMEGA point, when the Church Age is completed.

Now if you take the days in between 2-11 and 2-20 we have 8 days, and 8 means REBIRTH, NEW CREATION, NEW BEGINNING. If we take both beginning date and end date inclusive, we have 10, and 10 means TESTIMONY. If the church were suddenly raptured from the Earth, that is a testimony of the validity of Scripture, something the world seems to have rejected.  If anything would force the world to wake up, it would be the RAPTURE OF THE CHURCH.

In Revelation Chapter 4 and verse 4 we find what most scholars would say is proof that the Church Age is over, as a PORTAL is OPENED, and a call is made to COME UP HERE. Inasmuch as John represents what SALVATION really means, and thus THE BRIDE OF CHRIST, THE TRUE CHURCH, it is no accident that we find in verse four that everything is OVER, COMPLETE and a 44, or a 4-11.

4 After this I looked, and, behold, a door was opened in heaven: and the first voice which I heard was as it were of a trumpet talking with me; which said, Come up hither, and I will shew thee things which must be hereafter.

2 And immediately I was in the spirit: and, behold, a throne was set in heaven, and one sat on the throne.

3 And he that sat was to look upon like a jasper and a sardine stone: and there was a rainbow round about the throne, in sight like unto an emerald.

4 And round about the throne were four and twenty seats: and upon the seats I saw four and twenty elders sitting, clothed in white raiment; and they had on their heads crowns of gold.

It is very interesting that the Church is not mentioned ever again as being on Earth. We have a PORTAL or GATEWAY that opens, we have a TRUMPET, and a CALL to COME UP, or ascend. It appears that the ELDERS have all been given their WHITE ROBES, and also their CROWNS. All of this indicate they have gone under the BEMA SEAT JUDGMENT and the Church Age is OVER and completed.

Also notice that in the verse of Scripture in Luke 22:10 we have ENTER THE HOUSE, WATER, and FOLLOW HIM INTO THE HOUSE.

8 And he sent Peter and John, saying, Go and prepare us the passover, that we may eat.

9 And they said unto him, Where wilt thou that we prepare?

10 And he said unto them, Behold, when ye are entered into the city, there shall a man meet you, bearing a pitcher of water; follow him into the house where he entereth in

Water is DIVINE AGAPE. The promise of Jesus Christ was to come and collect His Bride, the Church and take them back to the FATHER’S HOUSE. Guess who the man really is, it is Jesus Christ in a parable! Jesus Christ, WHO HAS WITH HIM A PITCHER OF WATER will MEET YOU, and we are to FOLLOW HIM into the FATHER’S HOUSE!! If you complete the verse, they go to the UPPER ROOM!! This all points to FIRSTFRUITS, OR RESURRECTION DAY.

14 Let not your heart be troubled: ye believe in God, believe also in me.

2 In my Father’s house are many mansions: if it were not so, I would have told you. I go to prepare a place for you.

3 And if I go and prepare a place for you, I will come again, and receive you unto myself; that where I am, there ye may be also.

Luke 22:10 concerns itself with PASSOVER and THE RESURRECTION OF THE FIRSTFRUITS. It appears to be a late spring or early summer event, just as stated in the Song of Solomon.

In this case, it is all pointing to PASSOVER. Is it this year of 2021? The last day of Passover in 2021 is April 4, RESURRECTION SUNDAY A 4-4 WHICH IS 44 OR 4X11!!  The pitcher of WATER is a code to watch THE HEAVENS that points to the constellation of Aquarius. We have now just entered the age of Aquarius it is said. It is not accidental that this connection is made now or that the SUN (SON) is the WATER BEARER and that the SUN (SON) IS IN this very constellation.

We found that on 2-11-2021 there was a CROSS FORMED in the heavens in Capricorn pointing us to Aquarius exactly 9 days later with an alignment of seven planets and FIVE major planets and TWO minor planets, Mercury and Pluto. Pluto was downgraded some time ago but is still a planet, it was downgraded for other reasons.

Here is where it gets even more interesting. From the date 2-20 to 4-4 resurrection Sunday is exactly 44 days inclusive or another 4-11, the very date God stomped upon Satan’s head in the heavens back in 1996 and 1997 by the two huge comets on 4-11!! So why are we having this 4-11 showing up all over the place ONE AFTER ANOTHER as we near this PASSOVER OF 2021?

Could it be that from the time of his crucifixion on A CROSS to His ASCENSION is 44 days or a 4-11 and that is why God is using this number over and over? That it is a WARNING TO GET READY? That the Church age is rapidly closing and most are not READY?

If we take days IN BETWEEN 2-20 and 4-4 we have 42 DAYS. The number 42 is also a very interesting number because ISRAEL GOES UNDER OPPRESSION and it also means THE LORD’S ADVENT, or the beginning of THE SECOND ADVENT, first the rapture of the Bride and then Israel goes under the New World Order slavery or antichrist’s oppression!! Does this mean that antichrist is about to be revealed and that the ARRIVAL is also close at hand?

Is all of this just coincidental? Just accidental? Perhaps, but perhaps not. It just seems a little suspicious somehow. As time goes by, perhaps more SIGNS will come, either in the heavens, Israel or the world, like CV-19 and nanobot technology and DNA manipulation of the Book of Life.