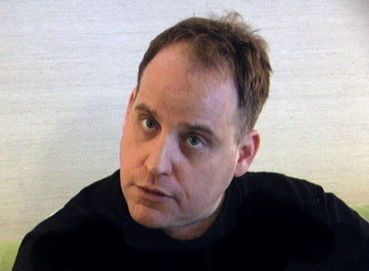 On my honor, I read this article below after I sent my last to you.

He seems to see what I see.

We’ve got good news and no news to share on this day, the first day of a New Year for a destructive, bankrupt, US Gov.

The Good News first since it’s all that matters, every attempt at destroying our livelihood and our spirit – sense of Freedom, (CV 19, lock down, mandates that are acted on as if law) , our resolve remains intact. We’re all proving amazingly resilient in the face of adversity. We, in Tier 4, know that in every way, our every thought is manifesting. Collectively we’ve anchored the belief that right here, right now, Love will prevail. God is pitching for Our Team. Nothing can deter us from our vision of a beautiful turn-around, coming right now.

Today was to be the fulcrum, the tipping point, bringing the end to US Gov, instead the Congress, the US Gov. Inc., and their evil Agenda 2021/2022, got a 2 month reprieve. Doesn’t mean that they’re let off the hook, no Sir. The System is broke and no amount of delay will deter this eventual tumble. They are going down.

With the start of the new Fiscal Year comes pressing demands for immediate action both legal and lawful. There are multiple actions from well-meaning individuals, leading national efforts, both in United States of America and internationally; to coalesce the Grand Finale to bring about the Grand New Start. We’ve heard all about the scope and scale of this endeavor, what we’ve not heard about (for obvious good reason), is the minutiae leading to the Big Reveal.

1. Will this include a New Financial System? YES, but not one lead by Rothschild/Rockefeller, and their fiat schemes. No matter how they try and hide their constant fake-paper-capers (ala Green New Deal), it’s known, recognized even with camouflage, and won’t be happening in our timeline.

2. Will this include a New System of Government? YES, and immediately, as we return to the Law of the Land, departing from our birth at sea and forever subjects of the Crown. Admiralty/Maritime Law will be walking the plank, disappearing with the fishes, where it belongs. We’re returning to the 1776 version – a Constitutional Republic as Sovereign Nationals. How we make this leap is still fuzzy, but there are a few possible likely events leading us (especially those of us in Tier 4), up to this.

3. Will this include the opportunity to exchange our currencies/redeem our ZIM Government Bond Notes? YES, this is the plan. Reason being, WE are the Ones that will fund the resurrection of this Beautiful Planet rising from the onslaught of the present criminal Agenda.

There has been a concerted effort to launch the Green New Deal, a gravy train of Ponzi money for those involved in the scheme of Carbon Credit trade. This along with the further enslavement of the US Nationals, the reduction in Freedom; all evil Agendas are going to fail. The Military is in Control now. They are keeping quiet because something BIG is coming. This global Military effort will quell all Nazi/mafia acts, setting right our world, leading to the Rule of Law, by the People, as each Nation’s individual Rights and Privileges are restored.

The New System of Government for US, the restored Republic, a Federation of States, honoring each State’s Rights; safeguarded by a National coalition led by (newly, lawfully) elected individuals, will be created once the Signal is given – like Paul Revere, “The Redcoats are Coming!” For Tier 4, it might be the EBS – the Emergency Broadcast System. With President Trump stating, “My fellow Americans, the Storm is upon us……..,” we will begin our Transition of from onlookers, bystanders, to activists, taking back this nation. Leading the way for People in every Nation, to follow suit. The process for creating this “Safe World” is Ready. There are a few (verified, known) steps to take and in one fell swoop the monolith will fall to be reborn anew, Rightfully.

The ability to exchange our fiat currencies, for solid, asset-backed currency, has been in process already for years. Many have moved forward with privately/bank facilitated exchange, with a window-time established, showing a solid rate for currency and leaving these lucky souls with assets ‘on account’, spendable with a lien against the asset. This is especially true with those who have exchanged their Dinar, easily valued as discussed and demonstrated by Iraqi Nationals living here in the US, with their Qui (pronounced “Key”) Card, which this week is showing 1 IQD = $3.95 USD. There have been thousands that have already benefitted from this exchange through privately facilitated deals. These thousands won’t benefit either, not unless/until Tier 4 has their exchange. This is written in the contract – the Global Treaty, negotiated just for this Grand Event.

Once this is “internationally recognized” and launched, we here, in US, and all over the world, will be able to exchange our Dinars, just the same. It’s not international yet. There were no announcements in the mosques – which is what we were absolutely expecting. What’s the holdup? Iraq is still following the US Treasury’s lead. That’s our best guess. We’re waiting for the Grand Event to take us to the Next Level.

All currencies will revalue simultaneously as the New Financial System is launched. This might as well be written in stone. It is going to happen. Exactly when it will happen is the only unknown.

Today was a benchmark day for Venezuela though.

https://www.stamfordadvocate.com/news/article/Venezuela-introduces-new-currency-with-6-fewer-16501031.php CARACAS, Venezuela (AP) — A new currency with six fewer zeros debuted Friday in Venezuela, whose currency has been made nearly worthless by years of the world’s worst inflation.
Hard to imagine how one of the most wealthy, prosperous Nation’s in the world, Venezuela, has fallen so far. Hard to imagine how US could follow in these same footsteps, to instability, crime and corruption. Venezuelans are using the USD right now, because their currency is recognized as “unstable” and experiencing severe hyperinflation.

This will all change once the IQD is validated and Military all over the world step up and take charge to end the Socialist/Communist/Nazi takeover that has plagued so many prosperous Nations for decades. Simultaneously, all currencies in all of the several hundred nation’s now participating in Global Trade, will together benefit with their announcement of the formation of a new (Sovereign, Republic) government and a new currency. Including in China, which today is suffering the same death throes the US Gov.

We shouldn’t have much longer to wait…..

Hope everyone is having a great October. All Hallow’s Eve approaches. Mock death and God Speed! Thanks for visiting BIN.