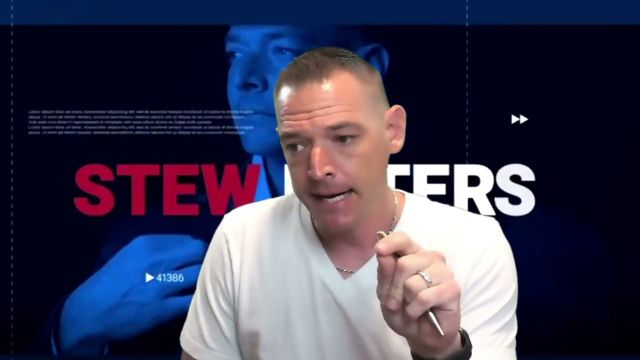 With every passing day, Australia’s identity as a “democracy” becomes a more distant memory. Instead, Australia is once again the penal colony it was founded as, an island prison with 25 million people trapped inside. New Zealand’s government is becoming more tyrannical, and the people are angry. So instead of easing up on lockdowns, members of the government are talking about giving themselves security, so protect them from their subjects.

Maria Zee joins us to discuss.

The latest Covid-19 variant they’re using to justify permanent lockdowns is the omicron variant. Of course, after omicron will come some other variant, and then another, for as long as the government feels like controlling our lives. You know where this is leading: They want universal vaccine mandates, for everyone, from infancy to the nursing home. They want forcible injections for toddlers, for grade-schoolers, for pregnant women, and mandatory boosters even for those who had severe reactions to the first shot. And they will keep at this no matter what the side effects are, because they simply deny that side effects even exist.

Karma Newberry is the founder and CEO of Discovery Hydrovac, which serves the oil and gas industry. She’s become a successful businesswoman in a male-dominated field despite years of severe health problems that she’s suffered from for decades. At her peak, Karma was on more than 25 medications. After years of searching and consulting with more than 15 doctors, Karma says a physician finally checked her for tick-borne illnesses like Lyme disease. And the results shocked her: Karma had a bunch of them, including diseases that aren’t even present in the U.S. So how would she have them?

In Germany, whistleblower Doctor Andreas Noack was attacked and killed for blowing the whistle on the fact that the vaccines for sure contain detectable amounts of Graphene Oxide in them. This of course is problematic considering this would be lethal to Humans.

Deanna Lorraine joins us to discuss.

Day 4 of the Ghislaine Maxwell child sex trial has brought grief and revelation. The first of four victims to testify against Jeffrey Epstein’s ’2nd in command’ has delivered a devastating picture of the abuse which took place unchecked for decades. Stew Peters show investigative journalist Edward Szall shares a report on the testimony and the attempt to tie the trial and crimes to President Trump.
Edward Szall investigates.