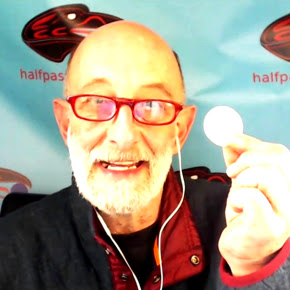 Over this Summer, which is likely to be less like a Summer than an intense, brief, sauna session, there are some predictable occurrences which will be agitating to all concerned.

One such predictable event is the linking of the WEF (Klaus Schwab’s Nazi University) with the USA election theft. It was not fraud, it was theft. It was insurrection, it was infiltration, it was treason. None of which will bother Klausie though, but it may well affect ALL of the USA resident ‘members’ of the WEF in any capacity. The linking of the WEF to the 2000 Mules pay masters will bring a decidedly RICO aroma to the hot days of sweaty Summer, ‘22.

Not that it will be distinguishable in any way from the election theft, but the appearance of the Summer Constitutional Crisis (or is it ‘crises’?) will definitely provide the WEF affiliated election theft participants some vocal chord lubricant once the linkages within the socialsphere begin accumulating language about ‘death penalty’, and then even more emotionally intense, specific forms, such as ‘death by firing squad’, or ‘the noose’.

Perhaps it will not be a Constitutional crisis per se, when the same linkages that bind WEF to 2000 Mules paymasters are also found to tie ‘intelligence personnel’ to the recent spate of food processing fires, but it will certainly rise to the level of a national security crisis. We can expect this to follow quite easily in line with all the other secrets to be revealed over the rest of this year.

What is the cost of all of this, may well be asked? But the real question is how may that cost be reckoned? In the soon-to-fail Federal Reserve Note? Or some other means of weighing value? What is the cost of not continuing streams of bribery with century’s long histories? How much is spilled? And how quickly do the lips move, and the fingers type, and the pics upload, once the currency flow stops? Look back, look back, back to the USSR!

Or look forward! Don’t be surprised to see the New Deal at the Old Same Place as the Face of Mother Russia stares back to those trailing the Future Makers! Long labeled as addled by malicious WEF dominated media, the modern Russian fixation on the ideas promulgated by Lyndon LaRouche will laugh last, and heartily as ‘crash programs’ of ‘science-driver programs’ are seen to propel the Rus Peoples into very successful Noospheric dominance, at least in the near term during the collapse of the Western Governments suffering terminal cases of WEF Pox (dick rot).

America will Rise again! This time into a revival led by the ‘retained culture’ long dormant in the South, covered with a thick blanket of “Federal oversight”. The Return to Americana, parading out of the South will be magnified, and enlarged by regional flavors into a cacophony of “American Republic, Now, New, Reborn, Rejuvenated, Revived, and Risen”.

Rising, through the ashes of the Self-immolation of the Federal Reserve Bank as it flames out in a spectacular fashion after being punched in the weak guts by fists of Gold. Russian Gold! Black Gold, too! Petrodollar pukes out in a Face Plant into History. Got Resources? Bereft of Reason and Science? You’re f then!