Liquid Flow Is Influenced by a Quantum Effect in Water

Researchers at EPFL have discovered that the viscosity of solutions of electrically charged polymers dissolved in water is influenced by a quantum effect. This tiny quantum effect influences the way water molecules interact with one another. Yet, it can lead to drastic changes in large-scale observations. This effect could change the way scientists understand the properties and behavior of solutions of biomolecules in water, and lead to a better understanding of biological systems.

Water is the basis of all life on earth. Its structure is simple – two hydrogen atoms bound to one oxygen atom – yet its behavior is unique among liquids, and scientists still do not fully understand the origins of its distinctive properties. 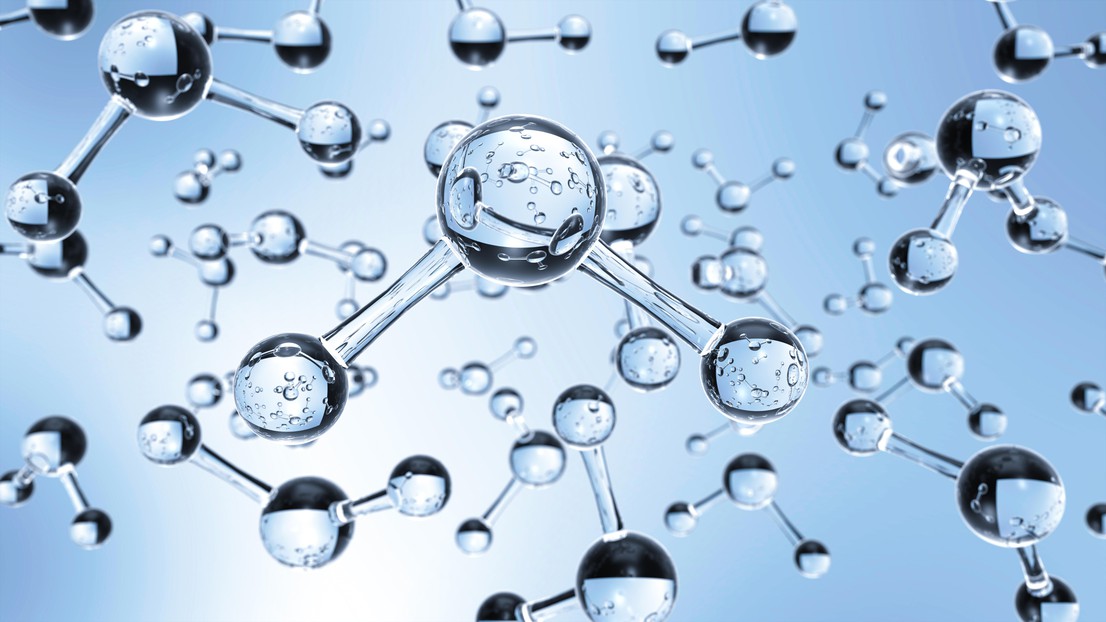 When charged polymers are dissolved in water the aqueous solution becomes more viscous than expected. This high viscosity is used by nature in the human body. The lubricating and shock-absorbing properties of the synovial fluid – a solution of water and charged biopolymers – is what allows us to bend, stretch and compress our joints over our entire lives without damage.

In a study published in Science Advances, researchers from the Laboratory for Fundamental BioPhotonics (LBP) at EPFL’s School of Engineering have shed new light on the viscosity of aqueous solutions. They showed that, contrary to the traditional view that repulsive interactions between polymers are solely responsible for the increase in viscosity, a nuclear quantum effect between water molecules also has a part to play.

“So far, our understanding of charged polymer-water solutions was based on theories that treated the water itself as a background,” says Sylvie Roke, head of the LBP. “Our study shows that water-water interactions actually play an important role. The same could also be true of other physical and chemical processes that influence biology.”

Why water is unique

Water derives its unique properties from hydrogen bonds – short lived bonds between an oxygen atom of one water molecule and a hydrogen atom of another – that break and re-form hundred-thousands of billions of times per second. These bonds give liquid water a short-lived three-dimensional structure.

It has long been known that water becomes more viscous when charged polymers are dissolved in it. The viscosity is influenced by the size of the molecule and additionally by the charge. The reason why charged polymers increase viscosity more than neutral ones has been attributed to like charges on the polymers repelling one another. In this study, however, the EPFL researchers found that the electrical charges also interact with the water molecules and alter the water-water interactions, further hindering the flow of the solution.

The researchers measured viscosity by recording how long it took different solutions to flow down through a narrow tube. They also used special laser technology, developed at the lab, to probe water-water interactions in the same solutions on a molecular level. They found that the polymers made the hydrogen bond network more ordered which, in turn, correlated with an increase in viscosity.

The researchers then repeated the experiments with heavy water (D2O), a molecule that is almost identical to light water (H2O) but has a slightly different hydrogen bonding network. They found surprisingly large differences in both water-water interactions and viscosity. Since polymers repel one another in the same way in both light and heavy water, they concluded that these differences must arise from small differences in the way the two molecules interact, meaning that a nuclear quantum effect is at play.

Their discovery – that the stickiness of charged polymer solutions partially stems from nuclear quantum effects in water – has fundamental implications. “Water is everywhere,” explains Roke. “It makes up around 60% of the human body. These insights into the properties of water and how it interacts with other molecules, including biomolecules, will prove useful for developing new technologies – not just in health and biosciences, but also in materials and environmental science.”
References

Source: http://www.ineffableisland.com/2019/12/liquid-flow-is-influenced-by-quantum.html
BeforeItsNews Announcements
Step 1: Get the Telegram App & Get Stories Direct to Your Phone or Computer Without Censorship! Get the Telegram App in the App Store or at
https://telegram.org/

Loading...
"Not by might, nor by power, but by my spirit, saith the Lord of hosts." Zechariah 4:6
Read it..
BEFORE IT'S NEWS
SIGN UP FOR OUR NEWSLETTER
Today's Top Stories
Benjamin Fulford: Rothschild Banished From Russia & Japan as Worldwide Revolution Begins
Breaking! Shocking! Coronavirus Updates From Hal Turner!
Rudy Giuliani Is on Fire!
Nibiru - Approaches
Eat 5 of These and Wait 4 Hours: This Is What Will Happen to You (Video)
Coronavirus is 5G.
Surprising Way to Keep Avocados Fresh That Most People Don’t Know About (Video)
Q News - The Back Door! The Plan: 'Systemic Destruction of Old Guard'? - Great Video
Coronavirus or is it 5G? Wuhan is 5G test bed location.
The Most Bizarre Mysteries That Still Baffle in United States
Loading...
Featured
Why You Need To Pay Attention To The Coronavirus: Analysis & Numerical Predictions
Coronavirus Spread Is ‘Accelerating’ Says China as Death Toll Rises to 41! - Must See Video
A New World Order Investigation: Did a Snake Really Cause the Deadly Coronavirus? I Don't Think So!
X22Report Spotlight: Trump Just Set-up the End Game, the Fed Is Being Neutralized! Great Lior Gantz Video
Coronavirus Tracker Map & Latest Updates via Leak Project
Breaking: Coronavirus a Stealth Strain That Can Be Carried by People Who Show No Fever or Coughing Symptoms! Detection Almost Impossible Under Current Government Guidelines! +Video
56 Million Chinese On Lockdown As Virus Spreads To Australia, Malaysia
"Terrifying Events Regarding (Up Date) World War 3 At Any Moment" - BioWarFare China Targeted - Road To Armageddon
Full Coverage: President Trump Defense Team Day 1 - Impeachment Trial! - Must See Video
Two AR-Carrying Black Men Have a Kick-A$$ Message for Democrats!