Modelling of the Chicxulub asteroid impact 66 million years ago shows it created a world largely unsuitable for dinosaurs to live in.

The asteroid, which struck the Earth off the coast of Mexico at the end of the Cretaceous era 66 million years ago, has long been believed to be the cause of the demise of all dinosaur species except those that became birds. 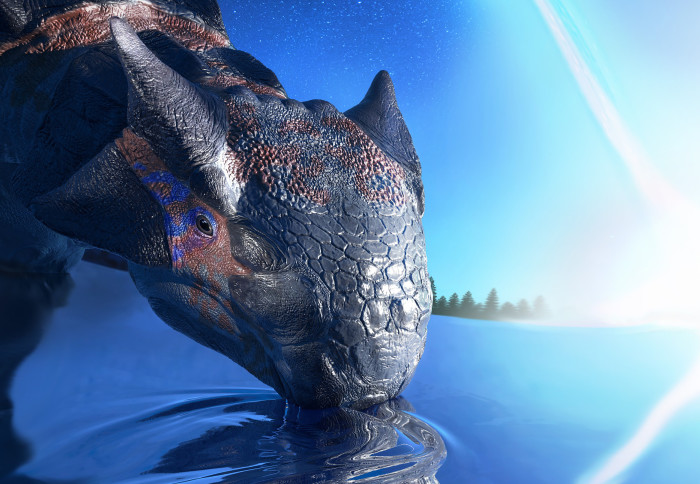 However, some researchers have suggested that tens of thousands of years of large volcanic eruptions may have been the actual cause of the extinction event, which also killed off almost 75% of life on Earth.

Now, a research team from Imperial College London, the University of Bristol and University College London has shown that only the asteroid impact could have created conditions that were unfavourable for dinosaurs across the globe.

They also show that the massive volcanism could also have helped life recover from the asteroid strike in the long term. Their results are published today in Proceedings of the National Academy of Sciences.

The only plausible explanation

Lead researcher Dr Alessandro Chiarenza, who conducted this work whilst studying for his PhD in the Department of Earth Science and Engineering at Imperial, said: “We show that the asteroid caused an impact winter for decades, and that these environmental effects decimated suitable environments for dinosaurs. In contrast, the effects of the intense volcanic eruptions were not strong enough to substantially disrupt global ecosystems.

“Our study confirms, for the first time quantitatively, that the only plausible explanation for the extinction is the impact winter that eradicated dinosaur habitats worldwide.”

The asteroid impact left no suitable habitats for dinosaurs, whereas the volcanic activity (Deccan pulse) left some habitable areas.

The asteroid strike would have released particles and gases high into the atmosphere, blocking out the Sun for years and causing permanent winters. Volcanic eruptions also produce particles and gases with Sun-blocking effects, and around the time of the mass extinction there were tens of thousands of years of eruptions at the Deccan Traps, in present-day India.

To determine which factor, the asteroid or the volcanism, had more climate-changing power, researchers have traditionally used geological markers of climate and powerful mathematical models. In the new paper, the team combined these methods with information about what kinds of environmental factors, such as rainfall and temperature, each species of dinosaur needed to thrive.

They were then able to map where these conditions would still exist in a world after either an asteroid strike or massive volcanism. They found that only the asteroid strike wiped out all potential dinosaur habitats, while volcanism left some viable regions around the equator.
Helping new life evolve

Co-lead author of the study Dr Alex Farnsworth, from the University of Bristol, said: “Instead of only using the geologic record to model the effect on climate that the asteroid or volcanism might have caused worldwide, we pushed this approach a step forward, adding an ecological dimension to the study to reveal how these climatic fluctuations severely affected ecosystems.” 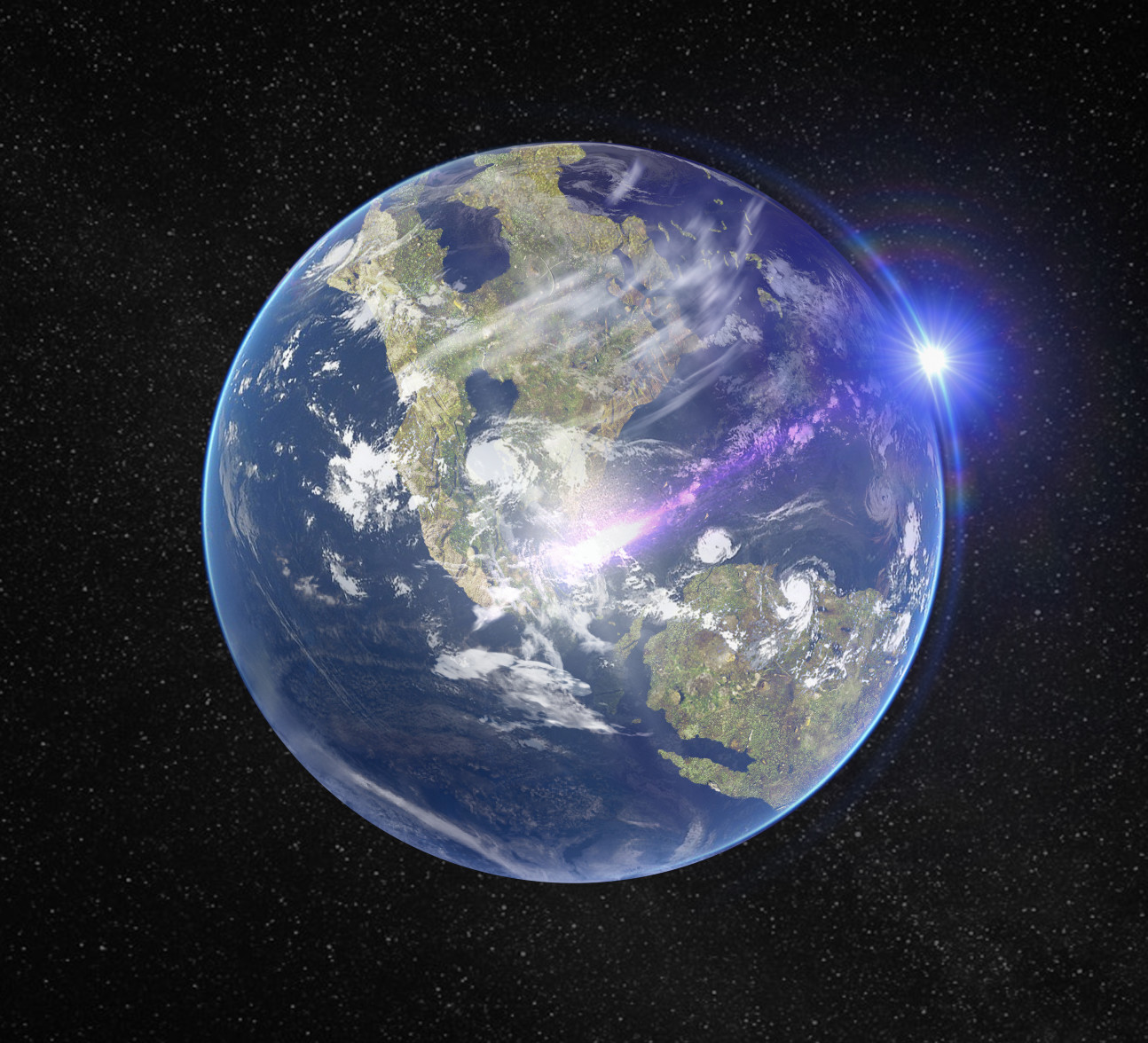 Co-author Dr Philip Mannion, from University College London, added: “In this study we add a modelling approach to key geological and climate data that shows the devastating effect of the asteroid impact on global habitats. Essentially, it produces a blue screen of death for dinosaurs.”

Although volcanoes release Sun-blocking gases and particles, they also release carbon dioxide, a greenhouse gas. In the short term after an eruption, the Sun-blockers have a larger effect, causing a ‘volcanic winter’. However, in the longer term these particles and gases drop out of the atmosphere, while carbon dioxide stays around and builds up, warming the planet.

After the initial drastic global winter caused by the asteroid, the team’s model suggests that in the longer term, volcanic warming could have helped restore many habitats, helping new life that evolved after the disaster to thrive.

Dr Chiarenza said: “We provide new evidence to suggest that the volcanic eruptions happening around the same time might have reduced the effects on the environment caused by the impact, particularly in quickening the rise of temperatures after the impact winter. This volcanic-induced warming helped boost the survival and recovery of the animals and plants that made through the extinction, with many groups expanding in its immediate aftermath, including birds and mammals.”