Hatshepsut was the longest reigning female pharaoh. Under her reign, Egypt prospered. Known as “The Woman Who Was King,” the Egyptian economy flourished during her time as pharaoh. She directed the construction and repairs of many buildings, memorials, and temples. However, upon her death, Hatshepsut’s successors tried to erase any memory of her. While the goal may have been to eradicate her from memory, these attempts only fueled the desire of modern civilizations to know more about her. More than 3,000 years after her death, archaeologists were intrigued and mystified as they attempted to locate and identify her remains.

Born to a Pharaoh and Rose to be Pharaoh Herself 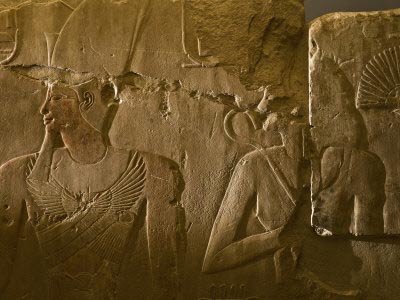 Relief of Hatshepsut and her husband, Thutmose II. (Reydekish)