Thunderstorms often provoke violent cloud bursts that can result in devastating flooding. But what actually spawns thunderstorms and cloud bursts? This question has spurred a new study by researchers at the University of Copenhagen — with surprising results. 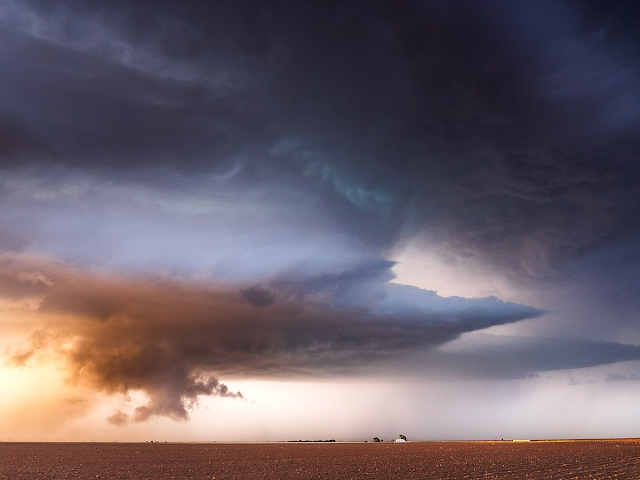 Photo:Raychel Sanner / Wikimedia Commons
Thunderstorms are weather disturbances characterized by concentrations of thunder, lightning and fierce winds. When they accumulate in clusters, these storms are often accompanied by violent cloud bursts and flooding, which can devastate the areas affected.

Denmark is no stranger to this phenomenon. In 2011, large parts of Copenhagen were submerged by deluges that lead to roughly 6 billion kroner in damages reported to insurance companies.

In a new study, researchers from the University of Copenhagen shed light on one particular mechanism that has the potential to spawn powerful thunderstorms and cloud bursts:

“We conclude that the atmosphere’s ability to generate large thunderstorms is influenced, among other things, by the difference between the temperature of the earth’s surface during the night versus during the day. If the difference is great, we see more thunderstorms, and subsequently, more cloud bursts,” explains Jan Olaf Härter, an associate professor at the University of Copenhagen’s Niels Bohr Institute. 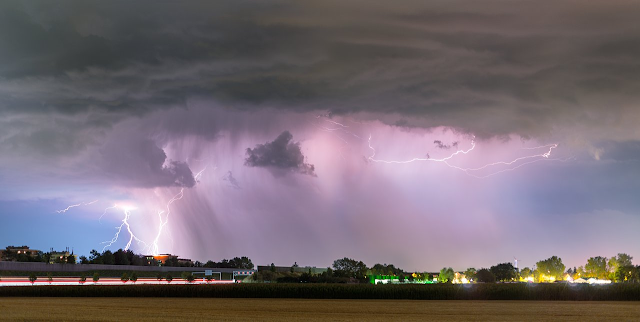 Along with his department colleagues, Härter used computer simulations to study the occurrence of so-called mesoscale convection systems — particularly powerful thunderstorms that spread out over areas of 100 kilometers or more. While these types of thunderstorms occur mainly in the tropics, they are also relevant in the Danish context.

“If summertime temperatures in Denmark continue to increase, I would not be surprised if we experience more thunderstorms and cloud bursts. And this is exactly what some climate models predict will occur within the next 20-30 years,” says Jan Olaf Härter.
The significance of night- and daytime temperature differences

Thunder occurs when warm, moist surface level air rises into weather and meets cooler air higher up in the atmosphere. This destabilizes the air above it even more and creates convection, which transports the warm air even higher. It’s like a pot of boiling water — heated water at the bottom of a pot rises upwards and bubbles to the surface. The same occurs with thunderstorms.

“As warm air is shot up into the atmosphere, it meets with colder air and condenses, i.e., it forms clouds and raindrops. Consequently, thunderstorms are usually followed by dense rain and cloudbursts,” explains Silas Boye Nissen, a PhD student at the Niels Bohr Institute, and one of the researchers behind the study.

The reason why thunderstorms can be so powerful, in addition to large day and nighttime temperature variations at the earth’s surface, also relates to a self-reinforcing mechanism.

“When differences in air temperature create clouds and intense rain, the rain uses up lots of energy on its way down as it slowly evaporates. As this occurs, each raindrop creates a pocket of cold air around it. As these pockets of cold air collide with other cold air pockets, of other weather systems, more clouds, rain and thunder are formed. This results in a self-reinforcing effect,” explains Silas Boye Nissen, who concludes:

Torrential rain from cloud bursts often causes damage to homes and jeopardizes people’s lives. As such, it is important to keep researching the causes of extreme weather phenomena.”

Contacts and sources:
University of Copenhagen