The genetic material of plants, animals and humans is well protected in the nucleus of each cell and stores all the information that forms an organism. For example, information about the size or color of flowers, hair or fur is predefined here. In addition, cells contain small organelles that contain their own genetic material. These include chloroplasts in plants, which play a key role in photosynthesis, and mitochondria, which are found in all living organisms and represent the power plants of every cell. As so far known, the genetic material can migrate from cell to cell and thus even be exchanged between different organisms. Researchers at the Max Planck Institute of Molecular Plant Physiology in Potsdam have now been able to use new experimental approaches to show for the first time how the genetic material travels. 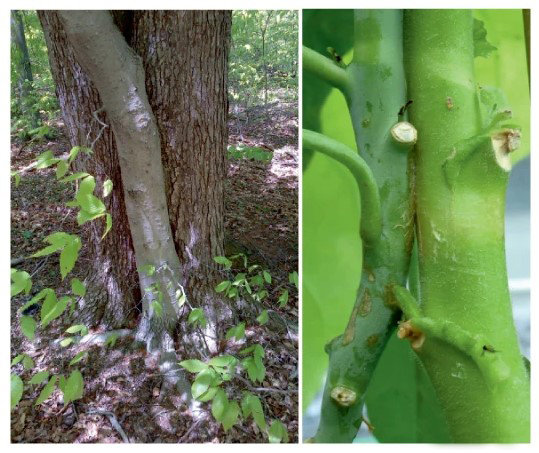 The transfer of genetic material occurs quite frequently in plants. This can either result in a new combination of the genetic material, or alternatively the recipient cell can establish both genetic variants in parallel. This union of two different genomes, called allopolyploidization, is very interesting in evolutionary terms, as it leads to the formation of new plant species and is widespread in many plant groups. Many important crops, such as bread and durum wheat, oats, cotton, canola, coffee, and tobacco have such combined genomes from at least two crossed species.

In order to understand the mechanisms of genome transfer from cell to cell, the researchers led by Ralph Bock at the Max Planck Institute of Molecular Plant Physiology conducted experiments with tobacco plants using grafting, which is commonly used in agriculture. Here, two different tobacco plants were grafted onto each other and the cells of the junction were observed microscopically in real time.
Fluorescent plastids

To differentiate between the genome of nucleus and plastids, fluorescent reporter proteins were integrated and expressed from both genomes and the researchers used a trick using a specialization of the chloroplasts. In the plastids, a gene is integrated by transformation that encodes a chloroplast-specific fluorescence protein, which is produced exclusively in plastids and cannot leave them. This creates an absolutely specific and stable label for the plastids.

After a short time, the two partners grow together at the graft junction, resulting in a physiological connection between the two plants. “We were able to observe that genome transfer from cell to cell occurs in both directions with high frequency at this site”, explains Alexander Hertle, first author of the study.
Protrusions of the cell wall

Using a new experimental setup, the researchers were able to observe structural changes in the cell walls in the wound tissue of the graft site. “The cell walls formed protrusions, creating junctions between the two partners. The size of those created pores allows the migration of an entire plastid. Therefore, the genome does not migrate freely, but encapsulated from cell to cell,” Hertle continues. However, to actually make this possible, the plastids have to shrink and become mobile. These rod-shaped plastids are equal to an amoeba and grow back to normal size after transfer into the target tissue.

The researchers have thus uncovered a new pathway for intercellular exchange of very large cell structures, which may also be used by parasitic plants, such as mistletoe, to carry out gene exchange with their host. In addition, it now needs to be clarified whether mitochondria and the nuclear genome also use similar transfer mechanisms.