Ancient Amazonian communities fortified valuable land they had spent years making fertile to protect it from conflict, excavations show. Farmers in Bolivia constructed wooden defenses around previously nutrient-poor tropical soils they had enriched over generations to keep them safe during times of social unrest. These long-term soil management strategies allowed Amazonians to grow nutrient demanding crops, such as maize and manioc and fruiting trees, and this was key to community subsistence.

These Amazonian Dark Earths, or Terra Preta, were created through burning, mulching, and the deposition of organic waste. It was known that some communities built ditches and embankments, known locally as a zanja, around their settlements, which had suggested to act as a defensive structure.

Two of the crew showing the depth of a ditch, one at the top and one at base of the ditch 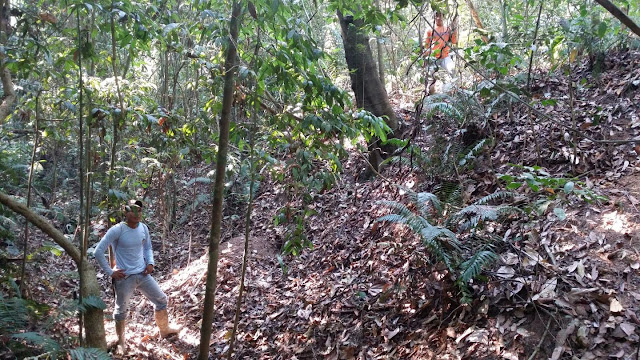 The examples from Bolivia were specifically constructed to also enclose the enriched soil and this is the first evidence of an additional fortification built in the ditch, demonstrating how important communities felt it was to protect their investment in the land. Excavations, at the Versalles archaeological site along the Iténez River in the Bolivian Amazon, provide the first archaeological evidence that communities in the region built wooden palisades along with earthworks.
The construction circles the outer perimeter of the village, enclosing and protecting homes and the enriched soil and forest. Researchers had long speculated on the function of the zanjas and whether there had also been a palisade structure, but until now no direct evidence of a wooden construction had been found. The harsh tropical climate is unfavourable for the preservation of wooden architecture, but through careful excavation, the decomposed remains of the construction posts were detected in the soil. It is not possible to know what the structure would have looked like. 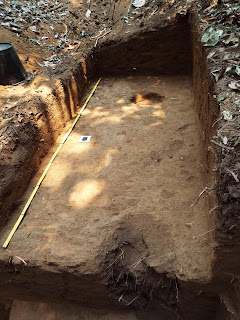 Archaeological analysis show that those living in Versalles began enriching soils around 500 BC. After almost two millennia, the zanja was constructed around AD 1300, at the same time as social unrest spread across Amazonia. The fortifications were later remodelled, including the addition of the palisade, around AD 1628 to 1803. Archaeological excavations suggests the community continued to thrive during this time, creating elaborate ceramics and producing a diversity of foods from staple crops to fruits and nuts, alongside fish and hunted animals.
The research, published in the journal Geoarchaeology, was conducted in collaboration with the modern Versalles community, by Dr.Mark Robinson and Professor. Jose Iriarte from the University of Exeter, Dr. Carla Jaimes?Betancourt, from the University of Bonn, Dr. Sarah Elliott, from Bournemouth University, and Dr. Yoshi Maezumi, from the University of Amsterdam, with students from the UK and Bolivia participating in excavations.
Dr Robinson said: “This is further evidence the Amazon is not a pristine place, untouched by human hands. People have had a great impact on the ecology of the rainforest. Communities invested heavily, generation after generation, to enrich the natural resources around them. As broad Amazon-wide social-unrest spread, the community felt the need to protect the resources into which they and their ancestors had invested so much.