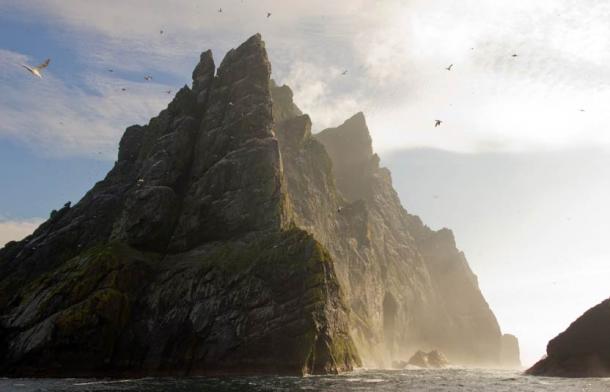 New evidence has emerged which shows that the Scottish archipelago of St Kilda was inhabited, or at least visited, around 2,000 years ago.

During World War I the British Royal Navy took over Village Bay on Hirta, on the Scottish archipelago of St. Kilda, and they established a signal station that later became a rocket detection center. In 2016 the Ministry of Defense announced that their tracking station site would be refurbished, and ahead of the planned works, a team of researchers from Guard Archaeology conducted excavations at Hirta from 2017–2019. The archaeologists discovered pottery fragments that when analyzed indicated an “intensive inhabitation” existed at Village Bay between the 4th to the 1st Century BC. Furthermore, a singular pottery fragment was analyzed that dated back to the Bronze Age (c. 2500 until c. 800 BC) which suggests an even earlier occupation of the island. 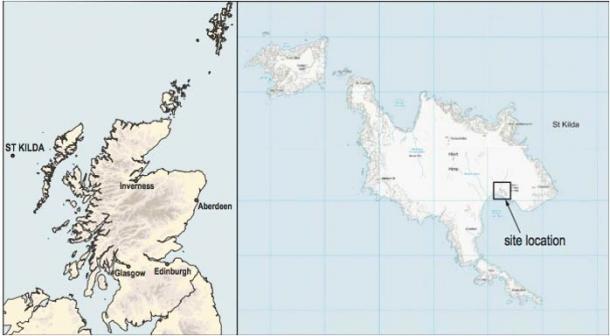 Location of the Hirta excavation site in the Scottish archipelago of St. Kilda. (Guard Archaeology)