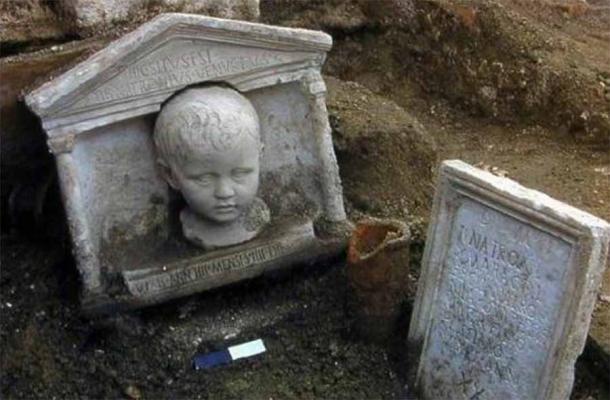 Beneath Vatican City, excavations of a Roman era necropolis have revealed fascinating details about Roman burial rituals and funerary practices from the first through to the early fourth centuries AD. Archaeological work in the Santa Rosa necropolis, or Necropolis of the Via Triumphalis, has been going on since 2009, and so far approximately 250 graves inside more than 40 tombs have been discovered.

The Necropolis of the Via Triumphalis was constructed on the outskirts of Rome, on a sloping hillside that ran along a major thoroughfare that led into and out of the city (Via Triumphalis was the name of that ancient road). It was the normal practice in ancient Rome to place cemeteries along roadsides, in locations that were easily accessible yet outside city limits.

What is especially unique about this cemetery is that those who were buried there were poor and middle-class Roman citizens, as well as slaves and freedmen. Historians who study ancient societies often struggle to find detailed or accurate information about the lives of common people, and this is why archaeologists have been so eager to explore the Necropolis of Via Triumphalis, searching for buried nuggets of information about how the other, less fortunate half once lived.