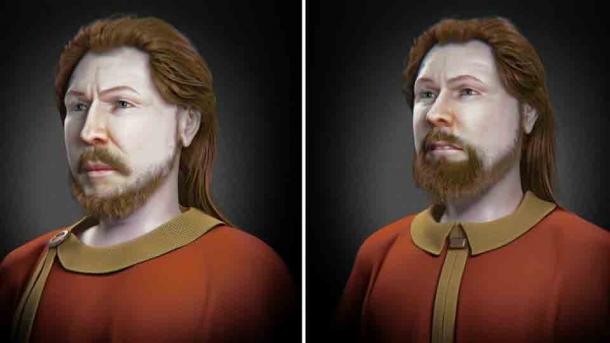 A 1,000-year-old skeleton was unearthed in the bowels of Prague Castle in 1925 and the man identity was corrupted by Nazi scientists in 1935. Now, after a DNA study, a 3D artist has reconstructed the faces of two Slavic warriors, “the sons of Ludmila of Bohemia,” a famous 10th century Christian martyr.

After World War I the Austro-Hungarian Empire splintered forming several new countries in Central Europe who all needed their own national histories. In Czechoslovakia, Prague Castle became the seat of the new post–WWI state and in 1925 archaeologists discovered a graveyard within the castle grounds dated, at the time, to between 800 and 1000 AD.