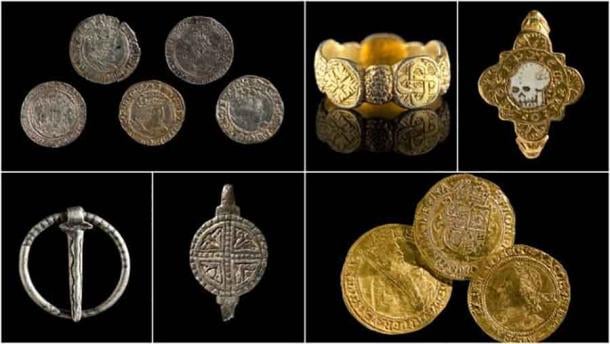 Eight medieval and late medieval treasures have been discovered in Wales, UK, all found by metal detectorists. These treasures offer anthropologists insights into the life of wealthy members of Welsh society in the medieval period. The gold and silver medieval treasures range in origin from the 9th century to the 17th century AD.

These remarkable medieval treasures include a Memento Mori ring, a gold posy ring that resembles the fictional ring from “Lord of the Rings.”

The discovery of medieval artifacts helps archeologists and historians understand more about these cultures and their lifestyles. The items found by amateur metal detectorists include:

Other medieval treasures have been discovered by metal detectorists all over Wales and England. In 2018, a Bronze Age ring was found by an amateur treasure hunter in Suffolk. In 2017 a silver medallion was discovered in Brecon, Wales. This medallion had a profile of Charles I with the motto of the Order of the Garter written on it: “Honi sort qui mal y pense,” which translates to “Shame on him who thinks evil of it.”