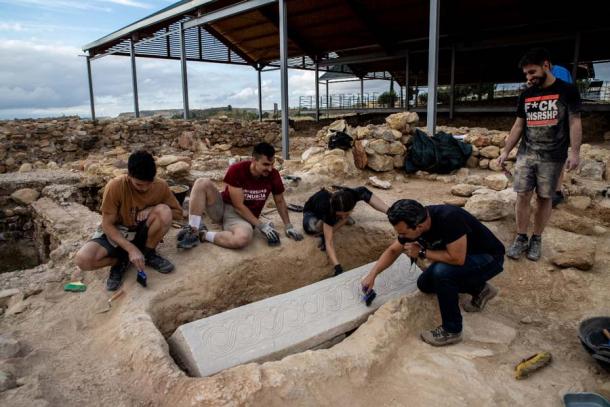 The Visigoths, the so-called barbaric tribe that would ultimately defeat the Romans and bring down the Roman Empire, were an early Germanic warring people. The course of their wars would ultimately lead them to settle in southern Gaul and then Hispania, from the 5th to the 8th century AD. And now, a Visigoth sarcophagus with human remains, over 1,500 years old, has been discovered among the ruins of a Roman villa in southern Spain, reports the Murcia Today news outlet. 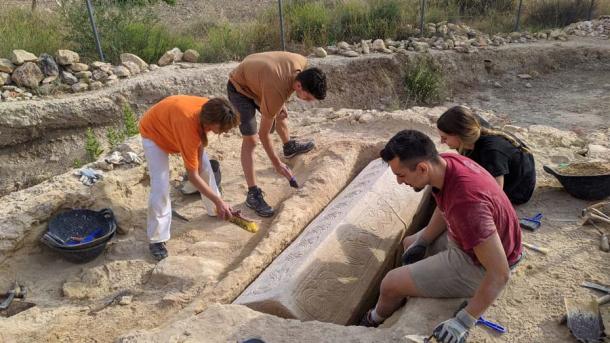 The Visigoth sarcophagus as it was discovered on the Roman villa site in Spain. (University of Murcia)

The Visigoth Sarcophagus and the Chi Rho Symbol

This wonderfully preserved Visigoth sarcophagus was discovered by a research team led by University of Murcia Professor Rafael González Fernández. The team discovered the spectacular sarcophagus dating from the Visigoth period at the site of the Roman necropolis of Los Villaricos, in Mula. The Villaricos Roman villa site is fairly close to the former Visigoth city of Begastri in Cehegín. “We weren’t expecting this spectacular discovery,” said Professor Gonzalez, who called it “unexpected.”