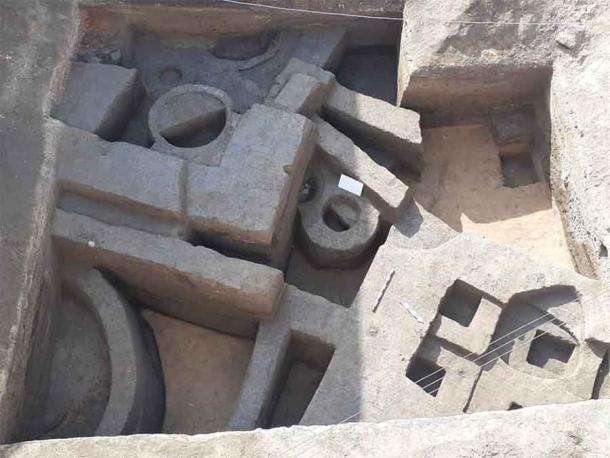 Archaeologists digging in the Aziza hills area of the Beheira governate in northern Egypt have recovered the remains a pottery workshop dating to the Graeco-Roman period, Egypt’s Ministry of Tourism and Antiquities announced on its Facebook page on July 6th.

The Graeco-Roman era in Egypt covered the years from approximately 332 BC (when Alexander the Great invaded and conquered the country) to the late fourth century AD. Egypt was ruled by the Greek Ptolemaic Dynasty for the first 300 years of that period. It was taken over by the Roman Empire after that, following Augustus Caesar’s victory over the forces of Cleopatra VII in 30 BC.

Working under the authority of the Ministry, a team of researchers led by Fayoum University archaeologist Dr. Ibrahim Sobhi uncovered the largely intact workshop while performing excavations at the Tell Kon Aziza site near the village of Abu Hummus in northern Egypt.