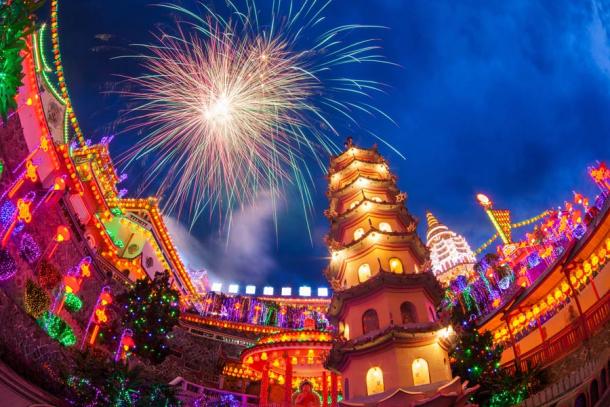 One of the oldest traditions still celebrated today is Chinese New Year, which is believed to have originated around three millennia ago during the Shang Dynasty. The holiday began as a way of celebrating the new beginnings of the spring planting season, but later it became connected with myth and legend.

According to one account, there was once a bloodthirsty creature called Nian —now the Chinese word for “year”—that preyed on villages every New Year. In order to frighten the hungry beast, the villagers took to decorating their homes with red trimmings, burning bamboo, and making loud noises. The ruse worked, and the bright colors and lights associated with scaring off Nian eventually became integrated into the customs that are still seen today.