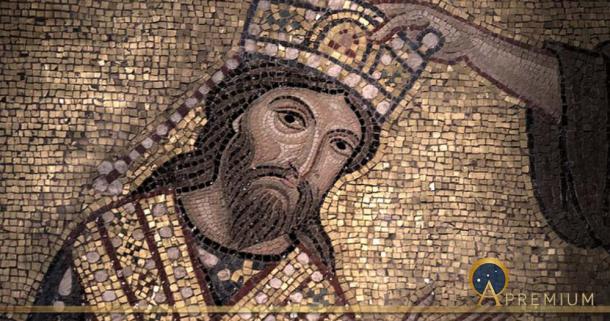 One of the most successful, but little known kings who reigned during the Middle Ages was Roger II  (1095-1154) who controlled the island of Sicily along with Apulia and Calabria in Southern Italy. Historically Sicily had been occupied by Greek settlers and then Byzantine, followed by Muslim dominance from 827 to 1061. His father Roger de Hauteville (c.1031-1101) (Italian: Rugerro) and uncle Robert Guiscard, formidable adventurers from Normandy, had conquered parts of the wealthy, fertile island in the 11th century. Robert and Roger I were sons of Tancred of Hauteville, lord of a noble family in Normandy. Sicily was coveted by all contemporary kingdoms for its strategic trading position between and the eastern and western Mediterranean along with its rich farmlands, continually fertilized by the nutrient-rich ash plumes from Mount Etna. Under Norman control Palermo became the wealthiest and  most populous city in Europe.

Cathedral of Palermo, begun by Roger I but with numerous expansions and renovations, combining the various changing architectural styles. (Kiban / CC BY-SA 3.0)