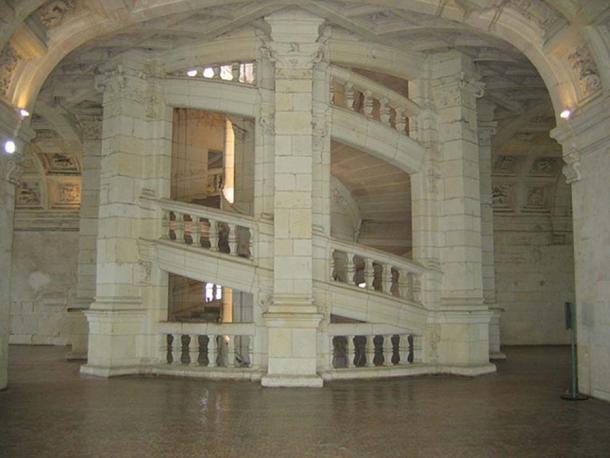 One of the most impressive architectural features of the French Renaissance castle of Château de Chambord is its famous double helix staircase. The design of this element is popularly attributed to the renowned Italian Renaissance polymath, Leonardo da Vinci.

The Château de Chambord is a castle located in the Loire Valley, in the French department of Loir-et-Cher. The construction of the Château de Chambord began during the 16th century, and it is an archetype of the architectural style known as ‘French Renaissance’, which flourished between the 15th and 17th centuries in France.

The building of the Château de Chambord was commissioned in 1519 by Francis I, the King of France. Initially, the castle was meant to serve as the king’s hunting lodge, where he would stay for several weeks during each visit, and hence was not designed to serve as a permanent residence.