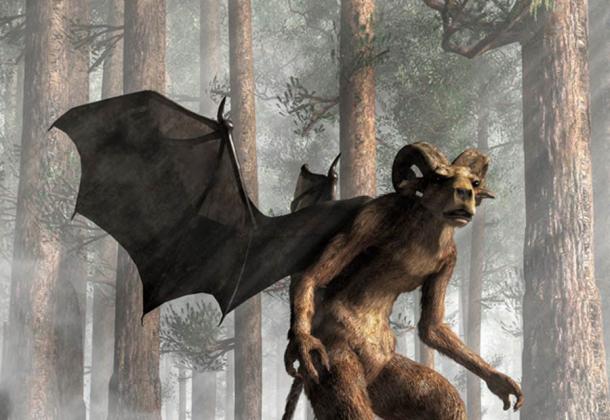 Inhabiting the Pine Barrens of Southern New Jersey, United States, is a creature known as the Jersey Devil. This legendary being has been described as a kangaroo-like creature with the head of a goat, horse, or dog – depending on the source. It also has bat wings, horns, cloven hooves, claws, and a forked tail. It can move with impressive speed and emits a blood-curdling scream to make its presence known.

In the beginning, it would feast upon cattle and sheep, then it moved on to terrorizing people with its unearthly scream in the surrounding rural area and beyond. According to legend, the appearance of the Jersey Devil foretells disaster in the form of shipwrecks, war, crop failures, or other unfortunate events. However, no human has ever reported being directly harmed by the beast.

The legend goes something like this: A young girl from New Jersey was either cursed by a gypsy or cursed as a traitor by the townspeople after she fell in love with a British soldier. This girl, as a resident of the Pine Barrens, New Jersey, became known as Mother Leeds and is said to have had 12 children. Upon discovering she was pregnant with a 13th child, she cursed it in frustration, crying that the child would be the Devil, or more specifically “let it be the Devil!”