There is no doubt that amateur radio can provide reliable short and long-range communications without grid power or traditional infrastructure.

Ham radio operators will be instrumental in reestablishing communications and coordinating emergency services in an emergency, grid, or SHTF situation.

Knowing what is going on in your region and beyond your nation’s borders can be instrumental in influencing decisions that will need to be made in a survival situation.

I have always believed that amateur radio is essential in any preparedness plan.

I have been an amateur radio operator in Canada since 2020. My main focus has been emergency communication and portable operations on all amateur radio bands.

During that time, I have heard many myths and misconceptions from the general public while I have been out operating portable or practicing emergency communications.

Here are nine Ham radio myths that I have heard from people I’ve had conversations with regarding my ham radio journey.

Getting Your Ham Radio License Is Difficult 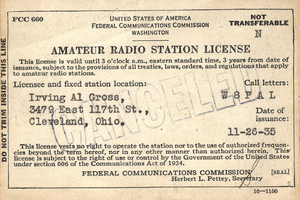 The material you need to study to pass the testing is dry and technical.

When you crack the first textbook, the prospect of successfully passing the exams can seem impossible. In 2022, however, there is a massive volume of tutorials, videos, apps, study guides and practice tests.

As a result, it has never been easier to ace the testing for an amateur radio license. Your local ham radio club probably offers classes to prepare you for the test.

You Do Not Need A Ham Radio License In An Emergency

It is true that during an emergency, anyone can use amateur radio to get help. That being said, the practice of buying a crate of Baofengs in case of emergency is a deeply flawed one.

Suppose you intend to use amateur radios to communicate after a disaster. In that case, practice is essential to your success.

The only way to get that practice is to become licensed, purchase some radios, and train. There are many aspects to setting up and using radios that you would not be aware of unless you took the time to get licensed and test your equipment on the air.

You Must Learn Morse Code To Become A Ham Radio Operator 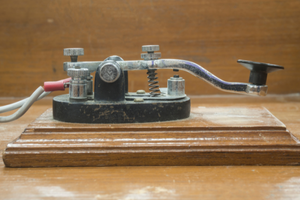 The demonstration of proficiency in Morse Code used to be a requirement for anyone wanting to get their license.

This is no longer the case in the United States and many other countries that license amateur radio operators.

While learning Morse Code is not a requirement, it is good to understand since it opens up more possibilities for communication using amateur radio equipment.

The Ham Radio Community Is Not Inclusive

This could not be further from the truth. To many, it would appear that middle-aged white males dominate the amateur radio space.

The truth is that this hobby is open to everyone who can successfully pass their exams and obtain a callsign.

All races, genders, and walks of life are welcome on the amateur radio airwaves.

You Need an Antenna Tower to Effectively Use Ham Radio

Generally speaking, the higher your antenna is, the better it will operate for you. Realistically speaking, most of us cannot erect large towers on our property.

No matter which band you want to operate on, there is probably an antenna solution that will suit the space that you have for it.

You Need To Have A Dedicated ‘Ham Shack’ 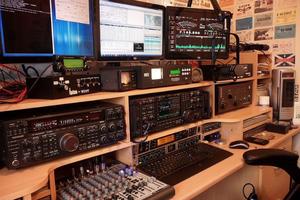 When you hear the word ham radio, you probably envision an older man hunched over a microphone in front of a bench full of radios.

Oftentimes ham radio operators will operate their radios from a room in their home that is referred to as a ‘ham shack.’

These days, there are many smaller portable radios, some of which put out significant amounts of power. Many amateur radio operators like to take their hobby outside and operate from parks or even the summits of mountains.

You can use ham radio to communicate from almost anywhere you wish, making it a versatile and valuable tool. I usually check into some Saturday radio nets with my handheld radio while taking my dog for a walk.

All Ham Radios Are Expensive

While high-quality Amateur radios demand a high price point, many less expensive Chinese-made radios have flooded the amateur radio market. However, this is a situation where you get what you pay for.

Related: What Is The Best Ham Radio For Preppers?

These radios are nowhere near as effective as their brand-name counterparts, but they are a great way to get into the hobby at a lower price point.

This allows people to gain entry to the amateur radio space without spending a lot of money and gives them time to save for more expensive radio equipment down the road. 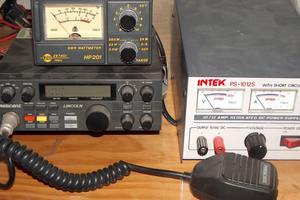 When an amateur radio is connected to a computer, we can use a wide array of digital modes through which messages can be transmitted.

Some modes are similar to text messaging, while others focus on position reporting. It is even possible to send emails and pictures over radio frequencies.

Much of the software is free and readily available for many different operating systems.

Ham Radio Is Outdated And No Longer Relevant In 2022

As technology evolves, so does the amateur radio service. In 2022, Morse code and voice transmission are still prevalent modes as they have been for decades.

Still, ham radio operators have always been on the cutting edge of technology.

Related: How To Turn Your CB Car Radio Into A Powerful Transmitter

Many new digital modes are being developed and implemented to take advantage of new technologies. In 2022 we can send emails, text messages, position reports, weather updates, images, etc.

We can also use amateur radio satellites as repeaters to extend the range of handheld VHF/UHF radios and decode weather satellite images.

There is no doubt that ham radio will be very relevant in 2022 and will continue for decades.

Ham radio is an often misunderstood hobby, which is a shame because I believe that there are many individuals out there who would find it a rewarding and fascinating hobby to dive into, but they may be held back by some of the myths and misconceptions that I have detailed above.

Likewise, ham radio is a precious tool for the survivalist and prepper communities, and many have adopted amateur radio as an integral component of their off-grid communication infrastructure.

Still, there are other potential hams that these myths have unduly influenced into not pursuing getting licensed.