Astronomers may one day decipher the atmospheres of Earth-like rocky exoplanets, shown here in an artistic rendering by Cornell doctoral candidate Jack Madden ’20. The planet’s accompanying white dwarf sits at the planet’s horizon. 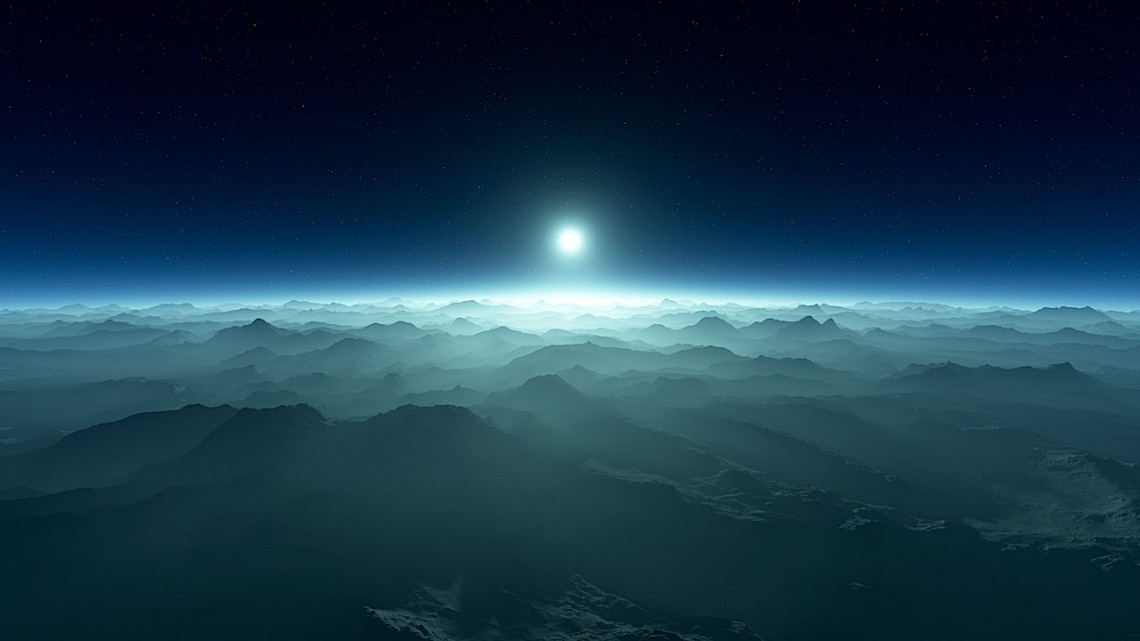 The next generation of powerful Earth- and space-based telescopes will be able to hunt distant solar systems for evidence of life on Earth-like exoplanets – particularly those that chaperone burned-out stars known as white dwarfs.

The chemical properties of those far-off worlds could indicate that life exists there. To help future scientists make sense of what their telescopes are showing them, Cornell astronomers have developed a spectral field guide for these rocky worlds.

“We show what the spectral fingerprints could be and what forthcoming space-based and large terrestrial telescopes can look out for,” said Thea Kozakis, doctoral candidate in astronomy, who conducts her research at Cornell’s Carl Sagan Institute. Kozakis is lead author of “High-resolution Spectra and Biosignatures of Earth-like Planets Transiting White Dwarfs,” published April 30 in Astrophysical Journal Letters.

In just a few years, astronomers – using tools such as the Extremely Large Telescope, currently under construction in northern Chile’s Atacama Desert, and the James Webb Space Telescope, scheduled to launch in 2021 – will be able to search for life on exoplanets.

“Rocky planets around white dwarfs are intriguing candidates to characterize because their hosts are not much bigger than Earth-size planets,” said Lisa Kaltenegger, associate professor of astronomy in the College of Arts and Sciences and director of the Carl Sagan Institute.

The trick is to catch an exoplanet’s quick crossing in front of a white dwarf, a small, dense star that has exhausted its energy.

“We are hoping for and looking for that kind of transit,” Kozakis said. “If we observe a transit of that kind of planet, scientists can find out what is in its atmosphere, refer back to this paper, match it to spectral fingerprints and look for signs of life. Publishing this kind of guide allows observers to know what to look for.”

Kozakis, Kaltenegger and Zifan Lin ’20 assembled the spectral models for different atmospheres at different temperatures to create a template for possible biosignatures.

Chasing down these planets in the habitable zone of white dwarf systems is challenging, the researchers said.

“We wanted to know if light from a white dwarf – a long-dead star – would allow us to spot life in a planet’s atmosphere if it were there,” Kaltenegger said.

This paper indicates that astronomers should be able to see spectral biosignatures – such as methane in combination with ozone or nitrous oxide – “if those signs of life are present,” said Kaltenegger, who said this research expands scientific databases for finding spectral signs of life on exoplanets to forgotten star systems.

“If we would find signs of life on planets orbiting under the light of long-dead stars,” she said, “the next intriguing question would be whether life survived the star’s death or started all over again – a second genesis, if you will.”

Funding for this research was provided by Cornell and the Carl Sagan Institute.