The cataclysm that killed the dinosaurs

It was tens of miles wide and forever changed history when it crashed into Earth about 66 million years ago.

The Chicxulub impactor, as it’s known, was a plummeting asteroid or comet that left behind a crater off the coast of Mexico that spans 93 miles and goes 12 miles deep. Its devastating impact brought the reign of the dinosaurs to an abrupt and calamitous end, scientists say, by triggering their sudden mass extinction, along with the end of almost three-quarters of the plant and animal species then living on Earth.

The enduring puzzle has always been where the asteroid or comet originated, and how it came to strike the Earth. And now a pair of Harvard researchers believe they have the answer.

In a study published in Scientific Reports, Avi Loeb, Frank B. Baird Jr. Professor of Science at Harvard, and Amir Siraj ’21, an astrophysics concentrator, put forth a new theory that could explain the origin and journey of this catastrophic object and others like it.

Using statistical analysis and gravitational simulations, Loeb and Siraj say that a significant fraction of a type of comet originating from the Oort cloud, a sphere of debris at the edge of the solar system, was bumped off-course by Jupiter’s gravitational field during its orbit and sent close to the sun, whose tidal force broke apart pieces of the rock. That increases the rate of comets like Chicxulub (pronounced Chicks-uh-lub) because these fragments cross the Earth’s orbit and hit the planet once every 250 to 730 million years or so.

“Basically, Jupiter acts as a kind of pinball machine,” said Siraj, who is also co-president of Harvard Students for the Exploration and Development of Space and is pursuing a master’s degree at the New England Conservatory of Music. “Jupiter kicks these incoming long-period comets into orbits that bring them very close to the sun.”

It’s because of this that long-period comets, which take more than 200 years to orbit the sun, are called sun grazers, he said.

“When you have these sun grazers, it’s not so much the melting that goes on, which is a pretty small fraction relative to the total mass, but the comet is so close to the sun that the part that’s closer to the sun feels a stronger gravitational pull than the part that is farther from the sun, causing a tidal force” he said. “You get what’s called a tidal disruption event and so these large comets that come really close to the sun break up into smaller comets. And basically, on their way out, there’s a statistical chance that these smaller comets hit the Earth.”

The pair claim that their new rate of impact is consistent with the age of Chicxulub, providing a satisfactory explanation for its origin and other impactors like it.

Understanding Chicxulub impactor is not just crucial to solving a mystery of Earth’s history but could prove pivotal if such an event were to threaten the planet again, contends Avi Loeb, Frank B. Baird Jr. Professor of Science at Harvard. Kris Snibbe/ 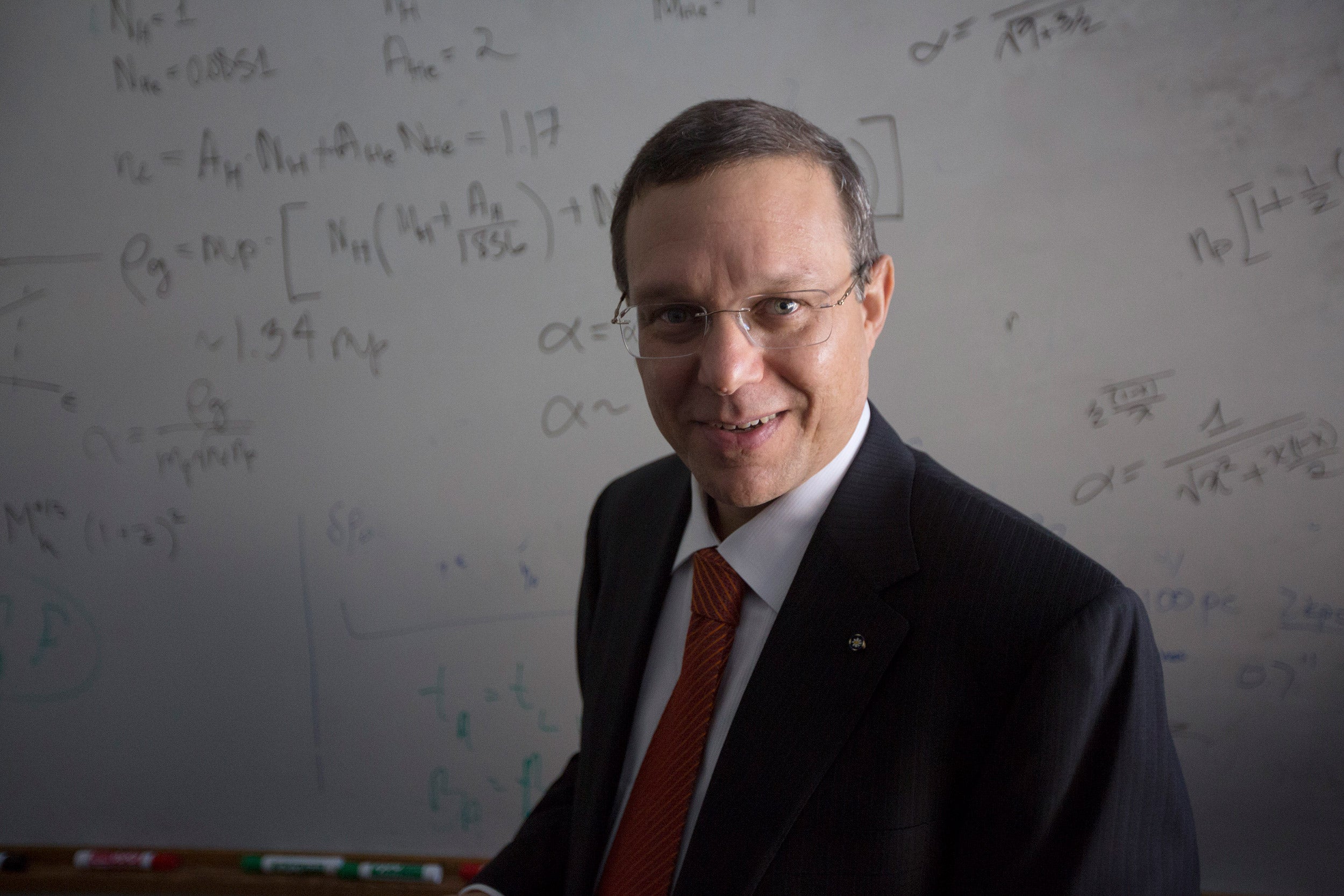 “Our paper provides a basis for explaining the occurrence of this event,” Loeb said. “We are suggesting that, in fact, if you break up an object as it comes close to the sun, it could give rise to the appropriate event rate and also the kind of impact that killed the dinosaurs.”

Loeb and Siraj’s hypothesis might also explain the makeup of many of these impactors.

“Our hypothesis predicts that other Chicxulub-size craters on Earth are more likely to correspond to an impactor with a primitive (carbonaceous chondrite) composition than expected from the conventional main-belt asteroids,” the researchers wrote in the paper.

This is important because a popular theory on the origin of Chicxulub claims the impactor is a fragment of a much larger asteroid that came from the main belt, which is an asteroid population between the orbit of Jupiter and Mars. Only about a tenth of all main-belt asteroids have a composition of carbonaceous chondrite, while it’s assumed most long-period comets have it. Evidence found at the Chicxulub crater and other similar craters that suggests they had carbonaceous chondrite.

The researchers say that composition evidence supports their model and that the years the objects hit support both their calculations on impact rates of Chicxulub-sized tidally disrupted comets and for smaller ones like the impactor that made the Zhamanshin crater. If produced the same way, they say those would strike Earth once every 250,000 to 730,000 years.

Loeb and Siraj say their hypothesis can be tested by further studying these craters, others like them, and even ones on the surface of the moon to determine the composition of the impactors. Space missions sampling comets can also help.

Study suggests asteroids and other objects might play key role 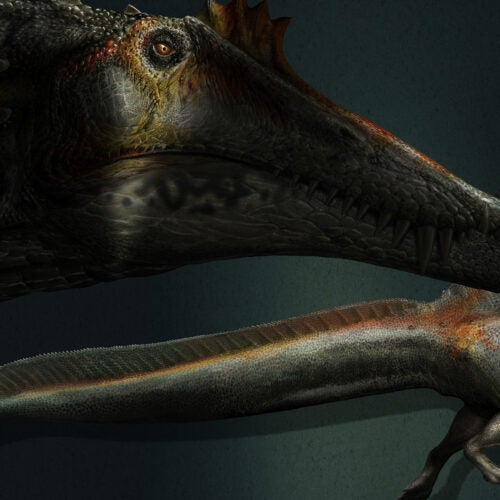 New paper argues the Spinosaurus was aquatic, and powered by predatory tail

Aside from composition of comets, the new Vera Rubin Observatory in Chile may be able to see the tidal disruption of long-period comets after it becomes operational next year.

“We should see smaller fragments coming to Earth more frequently from the Oort cloud,” Loeb said. “I hope that we can test the theory by having more data on long-period comets, get better statistics, and perhaps see evidence for some fragments.”

Loeb said understanding this is not just crucial to solving a mystery of Earth’s history but could prove pivotal if such an event were to threaten the planet again.

“It must have been an amazing sight, but we don’t want to see that side,” he said.

This work was partially supported by the Harvard Origins of Life Initiative and the Breakthrough Prize Foundation.