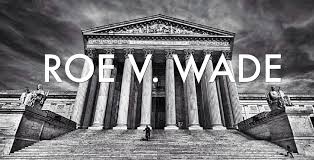 Here is the timeline of Pastor Coverstone’s prophetic dream for the month of October.

In the dream he saw a finger point to October 31st and the finger stayed on that date. A rock landed in a large pond and the ripples from the impact began to increase, becoming vicious waves. Could a geophysical event in the form of a tsunami be one of the black swans? Some prophets in the past have had dreams and visions of New York City being submerged by a tsunami. But since Dana didn’t specify the location, it’s all conjecture at this point.

October 31st is Halloween, a high Satanic holiday. In the occult, the tradition of wearing masks is to fool the demon spirits that comes kill, steal and destroy. It’s ironic, and perhaps somewhat prophetic that this Halloween everybody is already wearing a mask.

During the second week of October Dana saw people with wicks on their heads. He recognized governors, agency leaders. Also, appearing were the same radicals, who’ve been rioting in American cities. Wicks were coming out of their heads, like a firecracker. The fuses on all of these fireworks were lit at the same time. The Federal agencies has heads like M-80′s and the governors had heads like the black cat fireworks. Everyone else had a smaller lady finger style firecracker head.

All of a sudden a primal scream of rage overtakes all of the people. Everybody’s head blew up at the same time, yet the people were still alive. Then the violent protesters began to attack other protesters, who they deemed as not violent enough. There was an attack on older people, who held Biblical beliefs, were patriotic and loved their country. These rioters went as far as entering nursing homes to attack the elderly.

So what event is on the calendar for next week that could cause such anger? Starting Monday October 12th , the Senate Judiciary Committee Chairman Lindsey Graham has formally scheduled the panel to start its days-long hearing for Judge Amy Coney Barrett’s Supreme Court nomination.

I personally believe judgment has fallen on this country, and God is allowing this Perfect Storm to happen. Since Roe V. Wade passed in 1973 over sixty million babies have been slaughtered in this country. As a nation we are now collectively reaping the murder of innocence. God’s hedge of protection is lifting. From a spiritual point of view next weeks hearing puts America in the crossroads. Do we continue to allow the genocide of babies or confirm the nomination of a pro-life Supreme Court nominee who will vote to overturn the abomination of Roe V. Wade? The nation is deeply divided over this issue of life and death and the spiritual will manifest into the physical realm as the riots become more violent beginning next week.

The next event in Pastor Coverstone’s dream featured a hundred dollar bill as large as a flag being lowered and burning in one corner. People were crying because their God of money was being devalued. There was only about a third of the bill left. So the dollar in the dream lost two thirds of it’s value. Yet others were celebrating that the dollar had died.

Small churches of devout followers of Jesus Christ began to pop up. And they were protected by bubbles of safety. Angels watched over these churches. This was the faithful core of the church that had not been compromised.

So as these events of chaos begin next week, God’s true remnant church will rise up simultaneously. Encouraged by the Lord to continue standing up and praying there will be relentless attacks against them. This remnant stays faithful despite the persecution. In total there are only a few of these prayer warriors, but behind each one was a gate (enter by the narrow gate).

Dana witnessed puffed up pastors in expensive suits, who were preaching against the idea of persecution, and only promised health, wealth and prosperity. Their words were slurred like they were drunk. Their clothes came off and the rug was pulled out from them and money flew out of their pockets. It appears the downfall of the false prosperity preachers will coincide with the devaluation of the dollar.

Dana saw clowns in suits and they were pouring oil and grease in front of election venues and performing sinister skits to keep people from voting. Finally, there then appeared a billboard which said “Passover 2021 Big Things Are Coming For The World.” And a white figure appeared and said “Do not stop bracing, for the storm will not pass until I stop the storm. So brace, brace brace yourselves. And don’t look back.”

Passover 2021 is March 27th thru April 3rd. Could Passover 2021 be the event known as the rapture or perhaps the start of the seven year tribulation? Time will tell…

The technology is in place for the mark for the beast. The proposed micro needle patch for delivery of the COVID-19 vaccine could be used as the platform mechanism of the mark. An economic reset could happen quickly, especially if the dollar is devalued sixty-six percent.And one world religion would coalesce once the anti-christ and false prophet make their appearance on the world stage to usher in the fifth age, aka Age of Aquarius.

Lee Austin is the author of “Morning Star’s Tale”  https://morningstarstale.com/

Loading...
"Not by might, nor by power, but by my spirit, saith the Lord of hosts." Zechariah 4:6
BEFORE IT'S NEWS ON TELEGRAM
GET THE TELEGRAM APP - https://telegram.org/ JOIN OUR CHANNEL - https://t.me/BeforeitsNews
Read it..
BEFORE IT'S NEWS
SIGN UP FOR OUR NEWSLETTER
Today's Top Stories
Explosive! Steve Quayle, Mike Adams, Gary Heavin: December Deadly Surprise!
Stark Warning Just Issued By President Trump and An Even Eerier Warning From a Chinese Citizen
Here Is Bill Gates’ Injectable Biochip, For Those Who Think It Is Conspiracy Theory
Kraken Release Day! Sidney Powell's First 'Biblical' Case To Be Filed In Georgia
Jeffrey Prather - Krakened! Not Myth But Real! The Sting of the Steal Revealed! This Isn’t Over! It’s Just Getting Started! - Must Video
David Icke: Something Unexpected Is Coming! They Don't Want Us To Know This
Benjamin Fulford: Arrest of Cabal Agent in Japan Will Be a Game-changer & The Red & White Dragons Update
America Important Situation Update Reports for Nov. 24th, 23rd and 21st – Plus a New Interview With General Thomas McInerney
X22Report: Keystone Is the Start, Gettysburg Was the Turning Point of the War, Watch PA! - Must Video
This Is About the Survival of the Greatest Nation on Earth! - Lin Wood: Every Lie Will Be Revealed! - Must Video
Loading...
Featured
The “Bombshell” That Wasn’t ~ Ep. 1401 ~ The Dan Bongino Show
Predicting a Second Trump Term, Sidney Powell Says ‘Massive’ Georgia Lawsuit Coming by Thanksgiving Eve
Anonymous: "You Need to Hear This, They Left a Message!"
Breaking: Trump Pardons Michael Flynn
Last Chance: Inflation Comes Next!
Biden and Harris -- Exposed
Sidney Powell's “Kraken” Is DOD Cyber Warfare Program! We Are at War!
Trump Will Be Inaugurated!! Here's How!! We Will See Deepstate High Profile Arrests!! Biden Making Sure Of It!! (Must Video)
Breaking Now: Urgent PA Senate Election Hearing With Giuliani! This Could Change Everything! - Next News Network Must Video
Robert David Steele: Donald Trump Plans Federal Reserve $100 Trillion To Be Confiscated? What Will $100T Buy?
Loading...
Top Global
Persian Gulf update 11/25/2020..Saudi Aramco says domestic supply not affected by Houthi-led missile attack
The NWO Floating Trial Balloons: Qantas and Ticketmaster Will Require YOU To Be Vaccinated For Entry
Communist China Says All Humans Should Be Marked, Tracked to Prevent Spread of Covid-19
UK Thought Police: When Questioning Official Narratives Becomes ‘Terrorism’
Vaccines: Whistleblower in 2020 - David Knight Show. Great Video!
Medical Police State Horrors in Australia: Young Man Choked Out, Slammed to the Ground, Heaved Out of a Restaurant for Not Wearing a Mask! +Videos
The Great Defiance! Fight the Bully
A Child Infected with HIV Every 100 Seconds – UNICEF
Breaking: "Holy Land Attack Israel Hits Rural Damascus Iran Military"
Tracking the Vaccinated With RFID Chip! Dark Winter Is Code Name For The Beginning Of The Great Tribulation Or The Times Of Jacob’s Troubles! Great Videos!
Loading...
Top Alternative
Monopoly Men (Federal Reserve Fraud). Great Documentary Featuring Eustace Mullins. Excellent Video!!
The Colossal Fall of Fox News! - Dr. Steve Turley Must Video
COVID19 Kills Dog - Department of Health Testing All Dogs and Cats
Exposing The Beast System Behind "The Great Reset"
A Third of Guests at Ohio Wedding, Including Bride and Groom, Test Positive for COVID
PA Judge Blocks Certification! – PA Legislature Holds Public Hearings!
Can’t Happen Soon Enough
What's in your house? What are you putting on your skin? -- The following cursed items (below) were found in BEZAI's house: -- "And the brothers immediately by night sent away both Paul and Silas to Berea, who having arrived, into the synagogue of the Jews went." -- 17:10.
We are not in Kansas anymore.
The NWO Floating Trial Balloons: Qantas and Ticketmaster Will Require YOU To Be Vaccinated For Entry