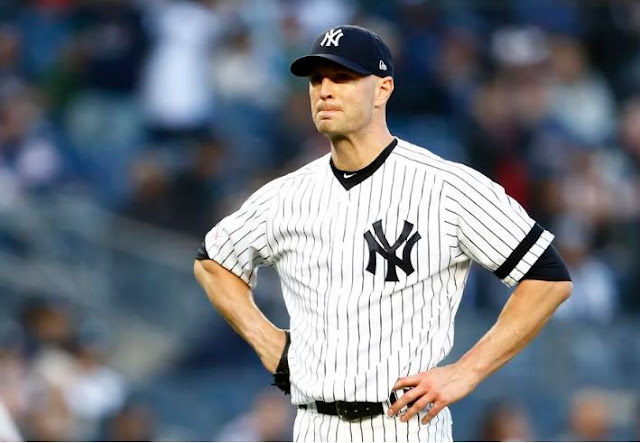 The Yankees have a lot of drama right now, and I’m not just talking about the division race. That’s frustrating right now, but so is a newer feud that is brewing now between the Yankees and J.A. Happ.

So what’s the deal? Basically, Happ isn’t Happy about how he is being used this season, read more HERE.
Happ has been skipped in the rotation, most recently after the postponement  of the Yankees-Mets Subway Series and he’s unhappy with how often he is pitching because it will directly effect how much money he makes. Happ has a $17 million vesting option for next season if he makes 10 starts or pitches 61 1/3 innings which is the prorated amount due to the pandemic shortened season.

At this rate, he isn’t getting to that benchmark. Happ has made three appearances, pitched 12.2 innings and has a 6.39 ERA. The media has asked him if he thinks his lack of work is related to his vesting option….and this is what he said:

“You guys [in the media] are pretty smart. It doesn’t take too much to figure out, sort of, what could be going on.” 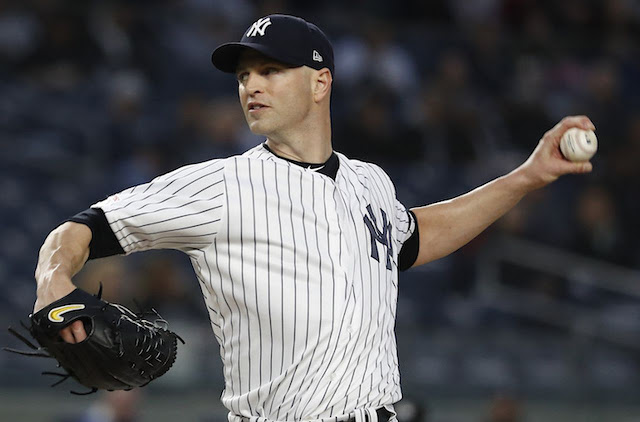 He’s frustrated and that’s understandable. But the SMART observation here also is the fact that he’s just not getting the job done. I know he would rather have $17 million rather than the $6.3 million he will make if the option does not vest but to get the extra money….you have to earn that, and he hasn’t.

After we picked Happ up at the 2018 trade deadline he made 11 starts and impressed everyone. That’s what got him a $48 million contract after, but he hasn’t been productive since. He pitched to a 4.91 ERA last year and so far this year he’s been worse. He got off to a bad start and was embarrassed by the Phillies and the Orioles early in the season. He did look much better in his last outing against the Red Sox, but it’s hard to get excited about that outing because the Red Sox offense sucks and even then he was still pulled after 5 2/3 innings and 75 pitches. 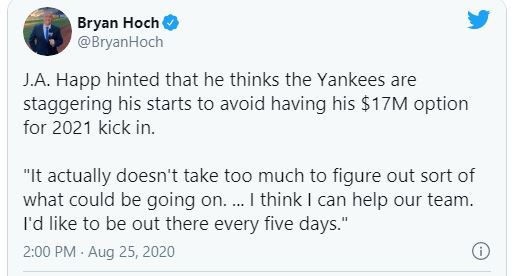 The story here isn’t that the Yankees are purposely trying to save money by not allowing Happ to pitch, that’s crazy. The story here is the Yankees have a very unfavorable schedule right now and will play 20 games in 17 games starting tomorrow! The Yankees NEED Happ to pitch right now and Aaron Boone will probably be forced to give him a start on Saturday….but the problem is they NEED him to pitch more than they WANT him to pitch.

Sorry Happ, we can’t trust you to pitch every five days right now. I wish it were different, but if you want to pitch you need to show us that you can still be trusted to pitch and help us win games. If you pitch well, you play more games and you earn more money. It’s that simple.