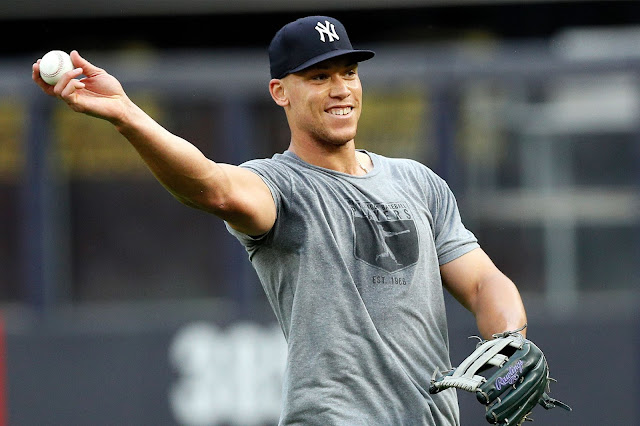 Cautiously optimistic….those are the words I am going with this morning, and it sounds like the Yankees are too. I said we should TRY NOT TO PANIC ABOUT JUDGE….BUT IT’S HARD NOT TO! It still is, but we’ve had enough bad news lately.

So Aaron Judge is already getting closer to a return….maybe. According to Sports Illustrated HERE he could be back sooner rather than later, and we will know more hopefully sometime today. But can he really be close to a return after only being placed on the Injured List four days ago? I don’t know, it is Judge we are talking about and he has really bad luck when it comes to injuries.

Let’s face it, the Yankees in general have bad luck when it comes to injuries. It took no time for us to lose our three biggest bats in the lineup now that DJ LeMahieu is out now too. Have you ever seen a game show called Press Your Luck? If you have, you know you have to avoid the evil red cartoon character with a high pitched cackle that steals all of your cash and prizes. The contestants spin the wheel to avoid the evil WHAMMY. In the past two seasons, the Yankees can’t seem to avoid the evil whammy and instead of taking our cash he takes our players.

So that’s how I feel right now about the Yankees injury situation, we are a whammy magnet and we continue to hope for the best. ”This is something that in a couple of days he will be ready to push through but I also think when you’re talking about calves, when you’re talking about hamstrings, it’s a situation where you can tweak it more and all of a sudden, you’re looking at a four to six week situation,” Aaron Boone said on Friday. “That’s really what we’re trying to avoid here.” 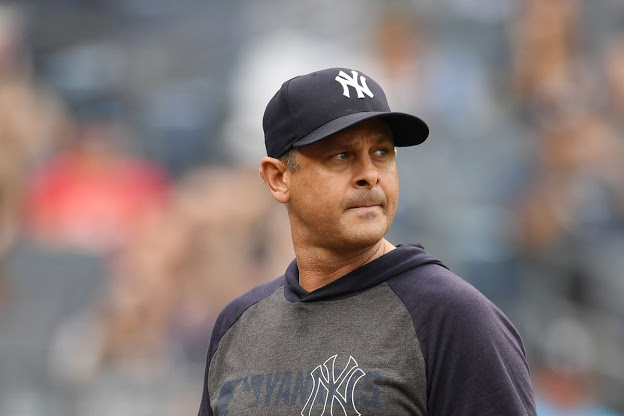 But we aren’t avoiding things very well, are we? Giancarlo Stanton‘s grade 1 hamstring sprain and Judge’s mild calf strain are big blows for this team. The Yankees think Judge can resume some baseball activities today but can he do it without aggravating the injury more and can he do it without a setback? We are lucky to have a team with a lot of depth and good players. The Yankees will still get the job done without Judge and other big bats but it would be nice to get back to full strength sooner rather than later.
We will take all the good news we can get, and I am glad to hear that the Yankees are feeling confident in his progress so far. We are strong without Judge, but we are stronger with him. I just hope Judge isn’t rushed and this becomes the injury that Boone says they are trying to avoid. 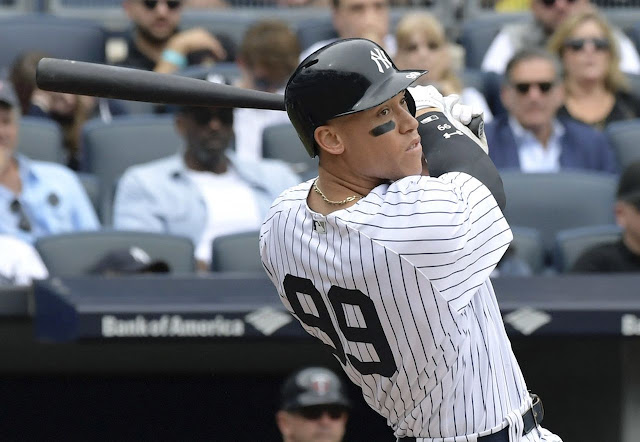 So cross your fingers everyone, it’s some good news but we need some more so we can get Judge back in uniform in the next week. Until then….stay cautiously optimistic, fans and hope for NO MORE WHAMMIES!